Ian Wright has praised Arsenal manager Unai Emerys ability to change matches with his substitutions and believes it is a major improvement on former boss Arsene Wenger.

The Gunners extended their unbeaten run to 19 games with a derby victory over Tottenham, with Emery making a double substitution at half-time to inspire a remarkable and pulsating turnaround at the Emirates.

Former Arsenal striker Wright is a huge fan of how proactive Emery has been in matches this season, which is in stark contrast to Wengers management style.

Im not really fussed about the team, what he starts with, because what Im doing with Unai is Im just giving him the breathing space to do what he wants, Wright explained on his YouTube channel.

Because the best thing about Unai is that even if he gets it wrong in respect of who he picks at the start, he changes it. Thats something that we never had. It never happened.

Even when youre sitting there crying out to bring on a substitute, it didnt happen. But Unai Emery will make substitutions, and the substitutions hes making are making a difference.

So I dont care who he starts, because everybody now in that team knows they better do their stuff otherwise someone is coming on – and someone could be coming on as early as half-time.

So now youve got players who are incentivised to start and play well, and I thought the start against Spurs was one to build on. And hopefully we can start the same against Manchester United. 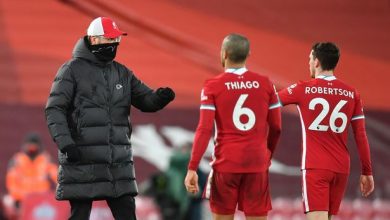