According to new research, the perfect leftover Christmas sandwich consists of turkey, bacon and stuffing.

Researchers found that once Christmas is over, millions of Brits start to focus on what sandwich they can make out of their leftovers.

The most popular includes thick slices of turkey with cranberry sauce and some crispy bacon. Not a bad choice.

Darren Littler, Innovation Director at Warburtons, which commissioned the study, said: The Christmas sandwich is a national talking point each year and its clear that Brits are particular when it comes to what should and should not be included.”

More unconventional fillings such as falafel, roasted butternut squash and avocado also appeared as top choices for leftover sandwiches, with 2% even admitting to adding Christmas pudding into it for a twist.

One in two like to build out the flavour with a couple of rashers of bacon, while 48% incorporate the leftovers of the stuffing .

And the ingredient most likely to be left out of a Christmas sandwich? Sprouts. Which isnt a surprise, is it?

37% of people will only eat Christmas sandwiches if theyre homemade, while a third surveyed by OnePoll reckon the Christmas leftover sandwich is the best sandwich of the year.

Theres even apparently a Leftover Sandwich Hour, which takes place between 1pm and 2pm on Boxing Day.

MORE: How to host a vegan this Christmas – with food youll really want to eat

MORE: Why a soy sauce cleanse is a dangerous idea 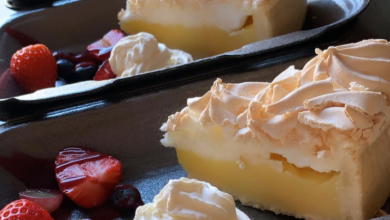 Fiesta of flavour for Islay and Speyside festivals