A suspected drugged driver claimed he planned to use bag of fake urine found in his car to play sex games with his wife, police said.

Andrew Hartman, 29, offered the bizarre excuse to police deputies who found the liquid after he crashed his car in Port St. Lucie , Florida on March 12.

Responding officers found the bag of fake pee in his work bag at the scene of the crash. When asked why he had it, Hartman told authorities that him and his wife liked to “role play” and it was a “novelty item.”

Hartman reportedly lost control of his car while turning and collided with a parked semi tractor trailer, according to the Naples Daily News.

He declined medical attention when police arrived, although officers observed the at-fault driver (Hartman) to have constricted pupils and believed he may be intoxicated, the affidavit said.

Hartman was asked to participate in a field sobriety test. He was arrested a short time later and charged with driving under the influence with property damage.

Police then found the bag of fake urine, which smelled like marijuana, according to authorities.

Despite Hartmans claims that the urine was to be used in a sex game, his wife wife later told deputies that Hartman had been required to take a drug test at work and speculated that he planned to use the faux pee to cheat the teRead More – Source

Turkey ‘ready for operation’ in Syria as Trump defends US pullout 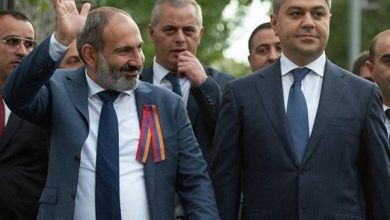