The Duchess of Cambridge mucked in with the Scouts on a visit to Gilwell Park on Thursday, as part of a scheme aiming to bring scouting to younger children. 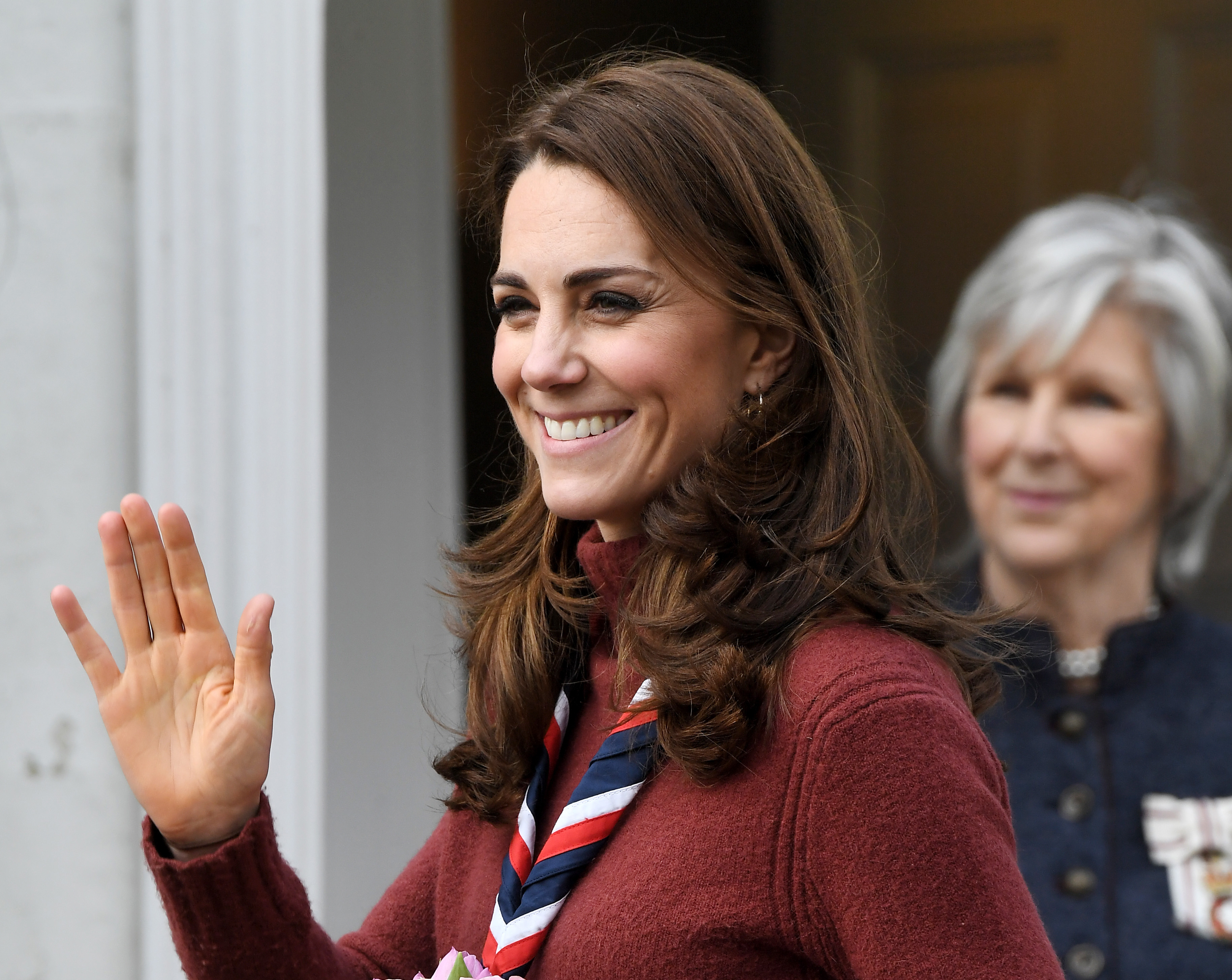 Ditching her trademark heels in favour of her favourite brown Chloe boots (£360), the Duchess rocked a more laid-back look for the outdoors engagement.

But perhaps her most interesting fashion pick of the day was her dark red J. Crew turtleneck, which is on sale for just £89!

The jumper is still on sale in the Duchesss mahogany colour, but its also available in a range of other colours including a blush pink, a navy, a khaki green and a light grey.

Although it may be slightly more than youd normally spend on a jumper, the super-soft blend of yarn used in this one means itll last, and feel cosy, for years to come.

You can buy the J Crew jumper here.

Its one of Catherines favourite items from her wardrobe, and shes worn it multiple times before – including on a trip to a community garden in Islington, London, earlier this year.

The Duchess looked chic and comfortable playing and laughing with the children at Gilwell Park – even going as far as crouching down for a game of hide and seek in the trunk of a tree.

The 37-year-old Duchess took part in a day of team building exercises with the young children, who were the same age as her five-year-old eldest son Prince George, to mark the 100th anniversary of the scouts at its Gilwell Park headquarters.