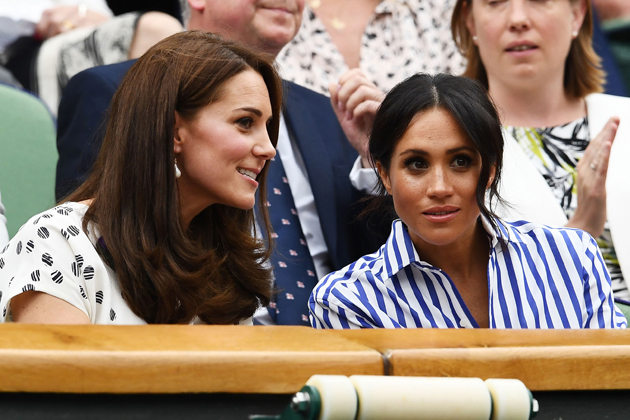 The Duchess of Sussex and the Duchess of Cambridge have been plagued by rumours of a bitter fallout for months after a series of potentially embarrassing stories were leaked from within the Palace.

Meghan, 37, was said to have made Kate, also 37, cry during Princess Charlottes bridesmaid dress fitting for her wedding and the Duchess of Cambridge and her sister-in-law also reportedly clashed over how Meghan treated a member of  her household staff.

The ladies relationship appears to have had many more lows than highs.

“Meghan and Kate are awkward and tense together,” a royal insider tells us. “Meghan is really good at appearing unflustered and pulls it off really well like only an actress could, but Kate finds it really hard to switch off her emotions. This is a relationship beyond strained.” 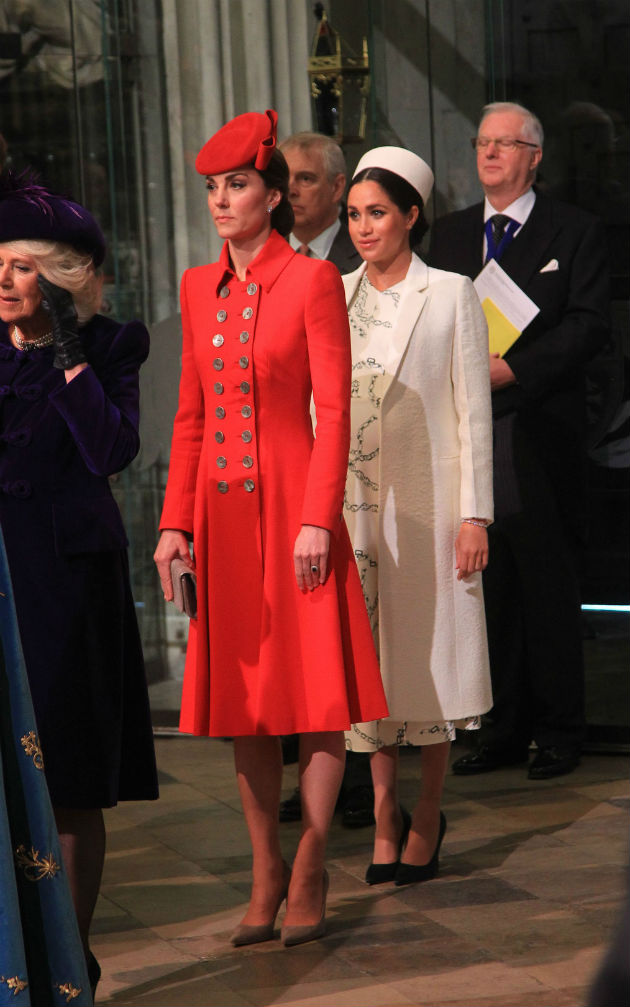 Perhaps in a bid to put a stop to the continuous talk of their relationship, the royal wives put on a friendly  display at a recent public outing.

A heavily pregnant Meghan and Prince Harry, 34, joined the family, including the Queen, for  the annual Commonwealth Day service at Westminster Abbey.

With all eyes on them, the former Suits actress and mum-of-three Kate were captured kissing on the cheek as they greeted each other on arrival.

“Meghan and Kate squash feud rumours with a kiss!” screamed one headline next to a picture of the apparently warm gesture.

But have the pair really settled their differences and put an end to the feud, or is Meghan simply putting  her acting skills to good use? 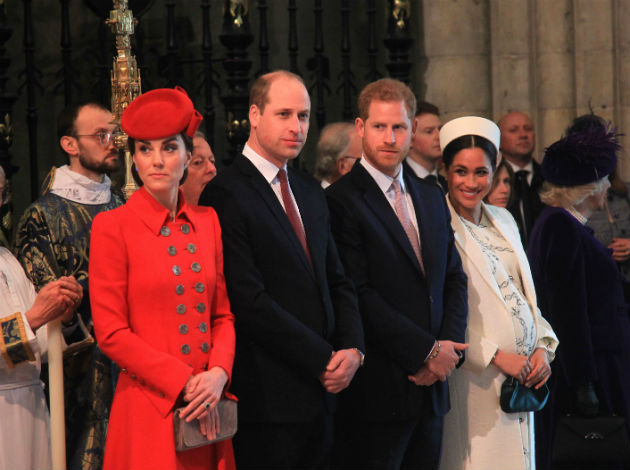 “This shows Kates not willing to engage in an amusing moment with her husband, Harry and Meghan,” explains Craig.

“Her angled body suggests an unspoken tension. We often angle our bodies away from things that cRead More – Source