Police say Daniel Oliver, 38, who broke into the Louisville, Kentucky home on Sunday was reportedly the familys new neighbor – but he likely wont be enjoying his new home anytime soon.

Oliver is now charged with burglary, assault, as well as possession of a controlled substance after he dropped an alleged bag of heroin while stripping down in the youngsters bedroom.

He got undressed in my daughters room. Like, what are your intentions? Like, are you sick, said the girls mother, Tina Burton told WDRB.

Burton commended the way her daughter stayed brave and did not panic as Oliver loomed in her bedroom.

She was really smart. She hid under the cover, turned her light down, turned her volume down on her phone to text me, she said.

When she peeked under the cover to see where he was at, she got up and ran away. She went to the back room.

Police said Oliver made his way from the girls bedroom to the kitchen, wearing nothing but his underwear.

Burtons boyfriend, Ali Bracey, confronted Oliver in the kitchen and demanded he leave.

I told him to get out, and he didnt want to move. And he growled at me, He said.

Bracey began hitting the intruder with anything he could find, including a broom, before Burton retrieved a gun and gave it to Bracey.

He ended up getting six shots, period, Bracey said.

Police responded to the home and arrested Oliver a short time later.

When was the Notre Dame spire built as it collapses during cathedral fire? 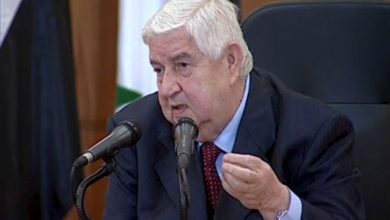