Shes been open about her weight struggles lately, but now Katie Price has been accused of photoshopping her waist on Instagram. 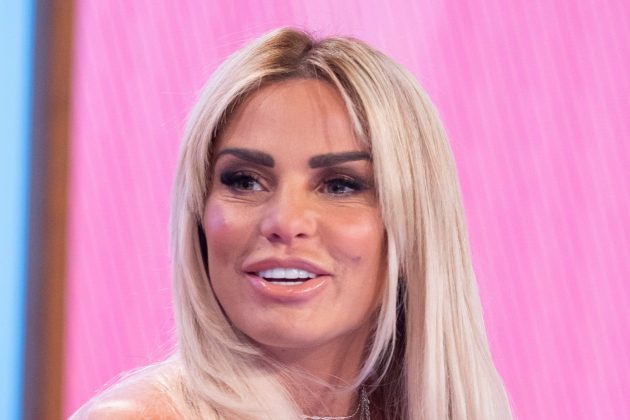 Sharing a picture of herself dressed in a red crop top and leggings with her son Junior, Katie wrote, “My body is getting there after surgery.”

But not everyone is convinced that her new trim figure is simply down to surgery, with many pointing out the blurry grill on the car behind her.

One unamused fan commented, “Oh come on! Your photoshop skills are worse than mine!”

Another joked, “Good job with the photoshop. Keep it up, a new career ahead.”

A third pointed out, “Dont be fooled by this picture. Its been badly photoshopped. Look at the car grill behind her!”

Katie has made no secret of the fact that she feels uncomfortable about her body at the moment.

“Ive never, ever, ever had to worry before.