A dad who gave his six year-old son a deadly infection after sexually assaulting him has had his death sentence overturned.

Maurice, who was known to friends and family as Isaiah, died of a bacterial infection caused by injuries he sustained after being sodomized by his dad with a stick.

Torres, of Bentonville, Arkansas, will no longer be put to death thanks to a technicality flagged by his lawyers, Arkansas Online reported.

They highlighted that the rape used to justify the death sentence imposed on Torres in November 2016 actually took place in Missouri, while the family was on a camping holiday.

That meant the sex attack should not have been used as an aggravating factor in charging Torres with capital murder, or condemning him to death after he was convicted.

Torres will now be retried for murder. 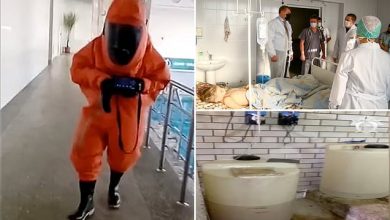 Dad finds daughter, 25, being raped by Uber driver after tracking her down on app