A homophobe who successfully blocked a gay man adopting after calling homosexuality an abomination has admitted molesting five children.

Butch Kimmerling, 71, made the twisted admission during a parole hearing Tuesday, and even revealed his disgusting sexual preference for children aged eight to ten.

Kimmerling, of Indianapolis, Indiana, admitted abusing four children at a hearing to decide whether he should stay in jail after being released 16 years into a 40 year sentence.

The child molester was freed in 2016 but hauled back to jail for leaving Halloween candy on his doorstep last October, despite being warned not to do so.

Kimmerling breached his parole on two further occasions after having unauthorized contact with a minor when buying a discount card off a schoolboy.

He also made a will online last month, breaching a condition barring him from using the internet without permission.

The disgraced bus driver vowed that Ashley should not be placed with Peterson because of his homosexuality.

He told KAIT: I am a Christian, I believe in Gods word, and he says its an abomination.

He successfully sought to adopt Ashley himself, but was exposed as a pedophile who had been molesting her less than a year later.

Kimmerling issued a sniveling apology to his wife Sandy, son and daughter-in-law at the end of Tuesdays hearing.

He said: I know that what I did was wrong.

Im sorry I did it.

And I know that as long as I have the backing that Ive got from my family this will never happen again.

Kimmerling admitted four felony counts of child molestation in 2000, with Ashley, who waived her right to anonymity, sayinRead More – Source 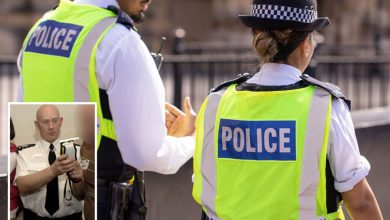