As famous as the royal family are, its easy to presume that weve seen every photo of them out there. But in a recent photo of Prince Harry taking a meeting at Kensington Palace, eagle-eyed royal fans have spotted a never-before-seen picture of the Duke and Duchess of Sussex.

During a meeting on Tuesday morning with the Nepalese Prime Minister, KP Sharma Oli, the Duke of Sussex had a sweet picture of him and the Duchess on display, which many are presuming is from the time of their engagement, given that Meghans left hand is seen prominently in the photo.

The adorable picture shows the couple hugging with huge smiles on their faces – while Meghan is wearing a stunning blue bodycon dress and Harry, one of his signature smart suits. It looks like an image that was never released to the public following the couples engagement back in November 2017.

Of course, Harry and Meghan did release some stunning pictures taken in the grounds of the Windsor estate at the time.

But the one on show in Harrys meeting appears to be a much more informal, more relaxed image of the happy time in the couples life. 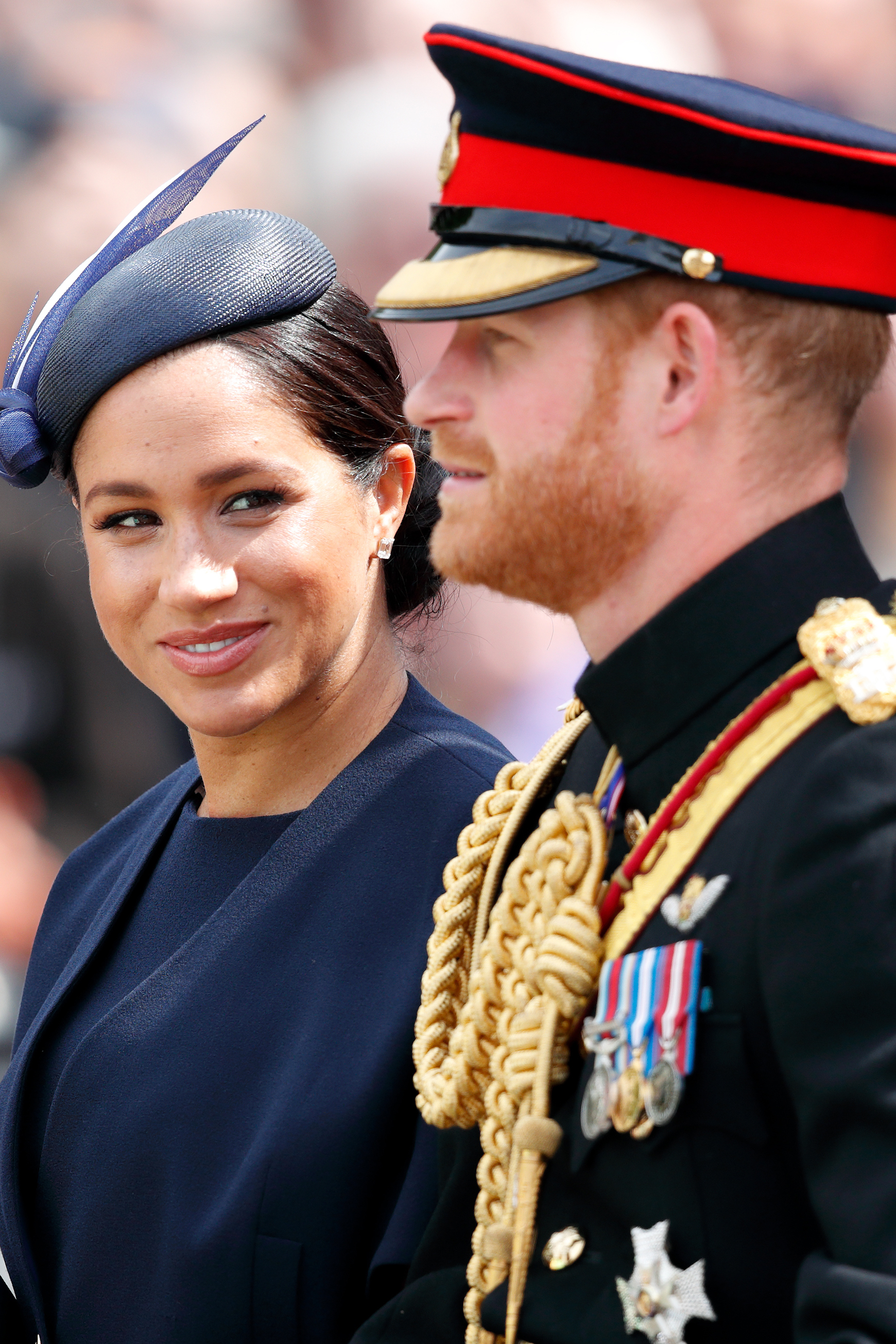 MORE: You can now visit Princess Dianas childhood home as it opens to the public this summer

The Duke of Sussexs meeting with KP Sharma Oli yesterday was taken on behalf of the Queen.

Harry was the logical choice for the important get-together, with his official Instagram account explaining that he has had a long association with the people of Nepal, from a young age.