Berlin – A new briefing from IOMs Global Migration Data Analysis Centre (GMDAC) shows that thousands of people lost in the Central Mediterranean crossing have not been identified.

IOMs Missing Migrants Project database has recorded over 15,000 fatalities in the Central Mediterranean route between North Africa and Italy since 2014. Yet remains of fewer than 5,000 of those who lost in the dangerous sea crossing – fewer than 1 in 3 – have been recorded as recovered.

Moreover, even among those bodies that have been found, net identification rates in Italy and Malta range around 22 per cent between 1990 and 2013.

By comparison, the Pima County (Arizona) Office of the Medical Examiner – one of the best practices identified in the report – identified 62 per cent of all migrant bodies found between the years 1981 and 2018 in the desert north of Mexico.

This new IOM report points to both the lack of outreach by the Italian authorities and to the absence of a visible and centralized entity to provide support, feedback and transparency for families reporting missing persons as two reasons behind the poor identification rates.

Among the few successful identifications of migrant bodies, well over half of those rendered in Italy are not done forensically. Rather, authorities rely on “visual” identification, usually by families viewing a corpse or examining photographs of the remains. This technique is prone to producing false identifications, while limiting identification to cases in which family members are available to be near sites of shipwrecks in Italy.

For three high-profile shipwrecks, the Italian Special Commissioner for Missing Persons has mobilized a high-quality forensic operation. Even in these limited cases, where comprehensive forensic data have been collected from migrant bodies, few identifications have been made.

Despite a dedicated state-of-the-art forensic operation for the 3 October 2013 shipwreck, in which at least 366 people lost their lives, net scientific identification rates remain at only 8.5 per cent. When surviving family members provided ante-mortem data samples, identification was far more successful: 58.5 per cent of these cases were identified.

The crisis of migrant deaths in the Mediterranean has prompted media attention on the shocking reality of shipwrecks and the bodies they produce, but relatively little focus on the impacts on the families of the dead who are awaiting news of their loved ones. These families are also the victims of the humanitarian disaster ongoing in the Central Mediterranean.

“Thousands of families of missing migrants remain in limbo,” said Frank Laczko, Director of IOMs Global Migration Data Analysis Centre. “They face the disappearance of a loved one that may never be acknowledged or confirmed.” 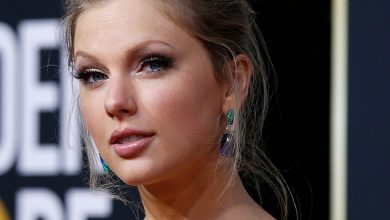