A 56-year-old woman renounced her vegan lifestyle in favour of a diet of raw meat and organs and she says shes healthier than ever.

Eva LaRoche, from Chicago, says since becoming a raw carnivore two years ago she has cured her lifelong constipation and now has bowel movements as regular as clockwork.

I feel better so much fitter and stronger now, and I have the body I had when I was 25, says the mum of two.

Straight away I saw an overall improvement to my health and I went from having boulder-hard poo to soft and regular bowel movements every day.

Eva says that after becoming a raw carnivore, she went from being constipated for weeks to having daily bowel movements.

My whole life I had tried everything to fix this problem – which has been so bad at times that going to the toilet felt like giving birth – but nothing worked.

Eva spent years trialling different diets, desperate to find one that would make her feel better.

She tried the low-fat in her early 20s, then she became a vegetarian at 32 – going even further by becoming vegan four years later.

For me, it was never about the ethics or the animals. I just wanted to do whatever was best for my body and I would do whatever it took to be as fit and healthy as possible, says Eva.

After six years of veganism, Eva said her digestive problems did not improve and her general health deteriorated.

I really didnt notice much improvement and I remember my older sister Susan saying to me, “How come youre ill so much even though you eat so healthily?”

It was true, I had a cold every month, flu once a year, and after a few years of being vegan my hair started to fall out and my skin became really dry.

Deciding enough was enough, in 2002, Eva gave the food fads a rest for a while and started eating a balanced diet again, allowing her children to do the same.

In 2007 she started the paleolithic diet – only eating foods presumed to have been available to humans hundreds of thousands of years ago – consuming only meat, fruit, vegetables and nuts.

Claiming her constipation became even worse, with bowel movements only once every eight to 14 days, she recalled: I was getting quite despairing and just wanted to find the key to fix this problem that had been there forever.

Then one day I was scrolling through a Facebook group for paleolithic dieters and I saw someone talking about raw meat eating being really beneficial for your health.

I thought, “What have I got to lose?”

Is aquafaba butter made from chickpea water the vegan dream? 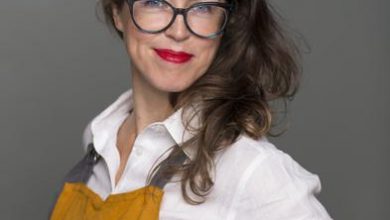