This is a summary of what was said by UNHCR spokesperson Andrej Mahecic – to whom quoted text may be attributed – at today’s press briefing at the Palais des Nations in Geneva.

Around 7,500 Congolese refugees have arrived in Uganda since the start of June, placing strain on already badly overstretched facilities.

Renewed clashes between opposing Hema and Lendu groups in north-eastern parts of the Democratic Republic of Congo (DRC) are driving people across the border into Uganda at a rate of 311 a day, more than double the rate of refugee arrivals in to May (145 per day).

Recent arrivals speak of extreme brutality. Armed groups are said to be attacking villages, torching and looting houses, and killing men, women and children. Most people are fleeing to Uganda via Lake Albert from Ituri province, where displacement since early June is now estimated at 300,000.

Some refugees are arriving with significant belongings, fearing they will not be able to return home for some time. Others who have fled imminent danger have little more than the clothes on their backs. Nearly two thirds are children, below 18 years in age.

The refugees are telling us that more people are likely to arrive in Uganda soon. However, some are reportedly being prevented from leaving DRC by armed groups, while others struggle to afford the fee for the boat journey – a sum equivalent to less than $6.00.

In Uganda itself, transit and reception facilities are overwhelmed. People newly arrived are first taken to a transit centre in Sebagoro, a small fishing village on the lakeshore, where they undergo health screening. Refugees are then transported to the Kagoma reception centre a few kilometres away. The centre is currently home to some 4,600 new arrivals, 1,600 more than its maximum intended capacity.

Several hundred refugees have been given land plots close to the Kyangwali refugee settlement. However, the pace of new arrivals means needs far outstrip what humanitarians are able to deliver.

Shelter and basic relief items are the urgent priority. In addition, buses and trucks are needed to transport refugees from border point reception centres to settlement areas. Many refugees need immediate psycho-social care and counselling for trauma.

While screening facilities are in place at the collection points, transit centres and reception centres, health facilities are basic and need upgrading. Clinics are in need of more doctors and more medicines.

UNHCR is appealing to the international community to come forward with further funding. As we near the end of June, UNHCR and partners working on the refugee response in Uganda have received US$150 million, 17 per cent of the total US$927 million needed. 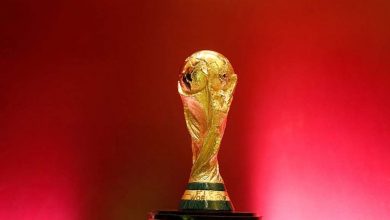