Wimbledon officially kicked off earlier this week, and so far weve seen a range of famous faces hit the stands to watch some brilliant tennis. 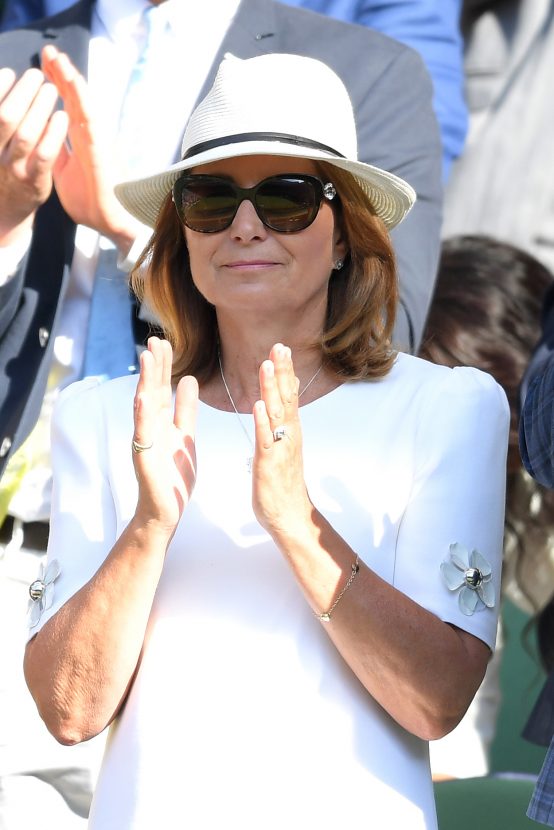 And of course, that means some incredible outfits are on show – and yesterday, Carole Middleton won in the style stakes.

The Duchess of Cambridges mother wore a stunning, simple white ensemble to the tennis, which she paired with nude heeled sandals and a matching nude handbag. And the stunning midi dress reminded us of an outfit seen on someone else at Wimbledon the day before – none other than Caroles royal daughter, Catherine!

On day one of the tournament, the Duchess opted for a gorgeous white dress, complete with black belt and buttons, by designer Suzannah, a favourite of the Countess of Wessex too. And its easy to see how similar Caroles dress is to her daughters, albeit a little shorter and with less accessories, keeping her look that little bit more casual. So we wonder if the mother and daughter planned to co-ordinate outfits?

Caroles looks was also reminiscent of an outfit she put together for Wimbledon last year too.

MORE: Prince Harry and Meghan will keep identity of Archies godparents private – but these are the friends tipped for the role

She decided on another white, broderie-anglaise design back in 2018, also paired with some more nude heels. It looks like Carole has a winning formula for Wimbledon dressing, and long may it continue! Carole attended Wimbledon yesterday alongside her husband, Michael. And it was likely a happy chance for the couple to celebrate, as just a few weeks ago, the couple celebrated their 39th wedding anniversary.

‘I sent my seven-year-old across the border alone’