Todays episode of This Morning didnt go down too well with viewers, as dozens took to social media to slate presenting stand-ins Mark Wright and Rochelle Humes. 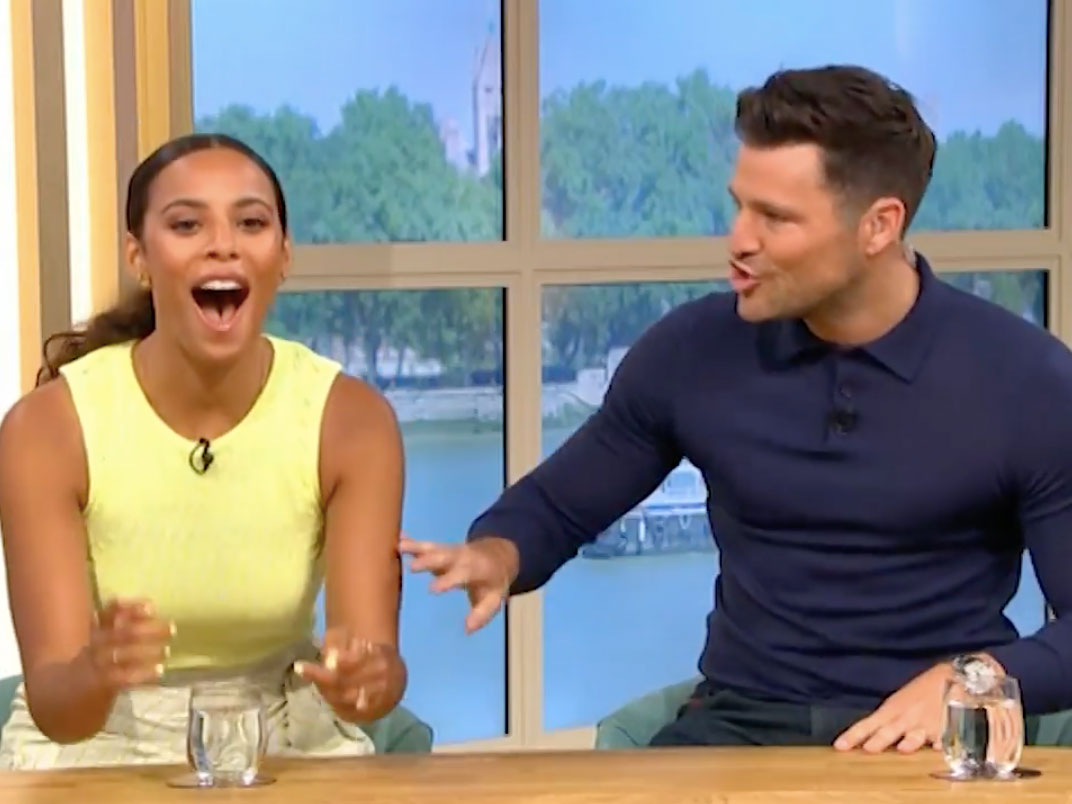 The former TOWIE star and ex girl band songstress took to the screens of ITV for its daily instalment of the breakfast show, stepping in for usual Friday hosts, Eamonn Holmes and Ruth Langsford.

But fans of the show were less than impressed by the duos telly skills as they bombarded Twitter with harsh criticism throughout the course of the “awful” broadcast.

The show started with the pair reminiscing on how they met, way back when Rochelle, 30, was first starting out in The Saturdays.

Mark, 32, revealed hed hitched a ride in Rochelles car after a night out and she played him one of her songs, admitting he was “starstruck”.

Later, during a segment about staying healthy on holiday, Essex lad Mark awkwardly confessed to suffering from a bout of diarrhoea after eating a dodgy salad while on vacay.

One watcher clearly wasnt a fan of the chitchat, remarking that the temporary faces were simply budget versions of usual presenters, Phillip Schofield and Holly Willoughby.

MORE: This Mornings Holly and Phillip in fits of laughter over accidentally naughty childrens drawings

Meanwhile another was left wondering if they were the producers last resort, “Good Lord. Was everyone else busy Read More – Source