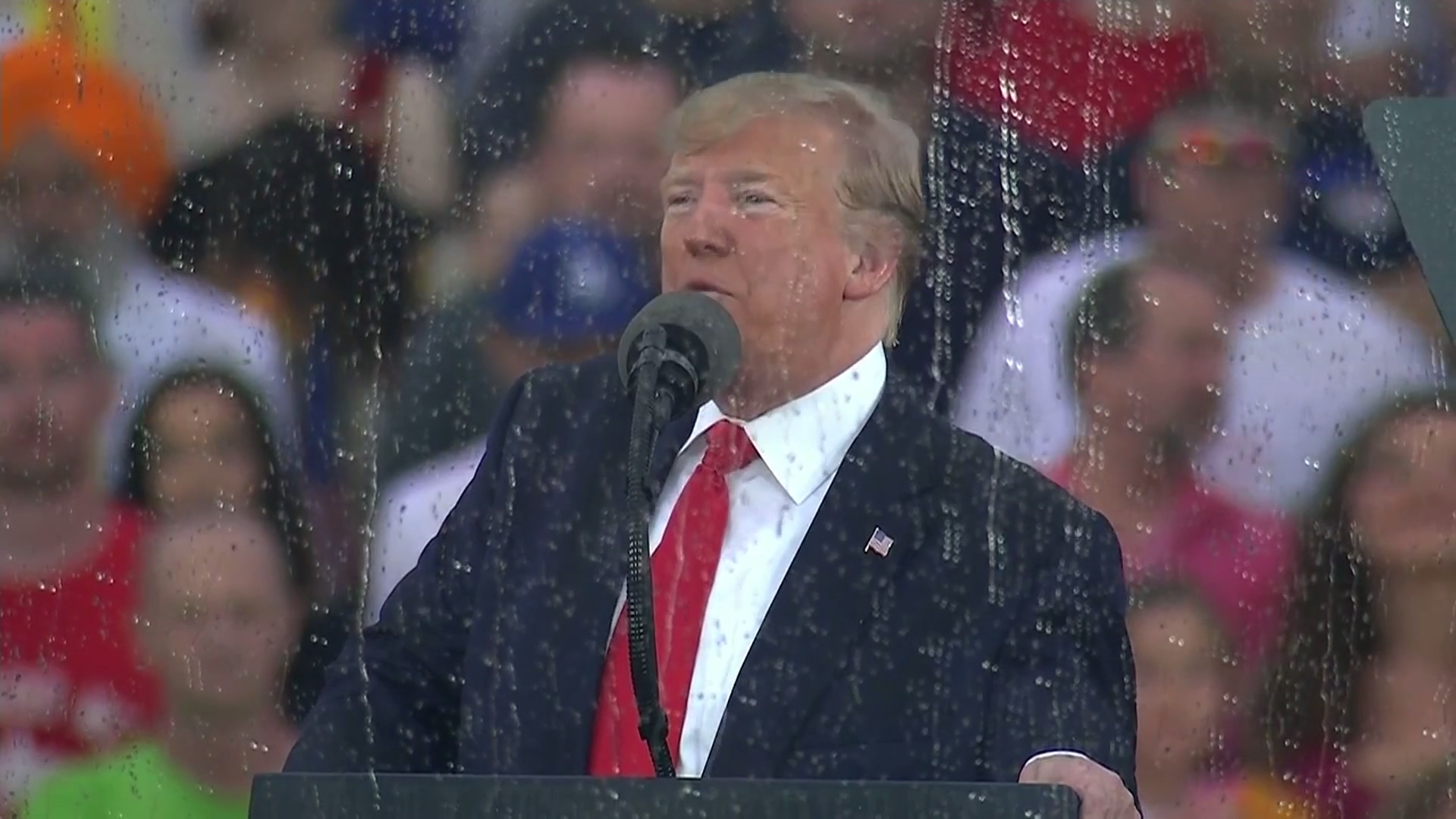 Donald Trump says his Independence Day party overnight was a “spectacular success”. Thats despite the storm that he claims broke his teleprompter, at the very moment he rewrote history, saying the Revolutionary Army “took over airports” from the British in the late 1700s. And some of his family, including daughter Ivanka Trump, didnt even show up for the party.