The Atomic Kitten stars ex-husband was rushed to hospital after reportedly collapsing at home following an overdose. However, doctors were unable to save him and he tragically died at the age of just 39.

Kerry was told this afternoon that George suffered an overdose and was taken to hospital, but was declared dead on arrival, a source told The Sun.

Kerry and George met at Padgate High School in Warrington as teenagers, but didnt start dating until 2012, when George started work as Kerrys driver and security guard after Kerry divorced her second husband Mark Croft in 2011.

Kerry married the former Warrington Wolves rugby league player in 2014, six months after they welcomed their daughter Dylan-Jorge together. However, the pair went on to separate in 2017. 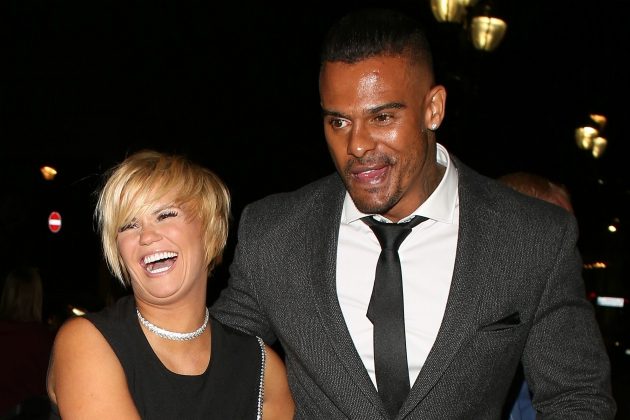 Kerry is heartbroken, the source added. Hes DJs dad and she loved him once. She cant bear the thought of explaining to her daughter what has happened.

As well as Dylan-Jorge, Kerry has four other children – daughters Molly, 16, and Lilly-Sue, 14, with first husband Brian McFadden, and Heidi, 10, and Max, nine, with former taxi driver Mark.

Kerry and George are both thought to have suffered from mental health problems, with Kerry being diagnosed with bipolar disorder back in 2005 and George being detained under the Mental Health Act in 2014 and suffering a public meltdown in 2017. For me that was the nail in the coffin, Kerry told The Mirror at the time. I just thought, youre a dad, have some self-control.

Dont be fooled by this picture! Katie Price accused of photoshopping her waist after showing off latest surgery results