Sarah Ferguson enjoyed a fancy night out at Claridges hotel in Mayfair over the weekend, but it was her outfit choices that really caught our eye. 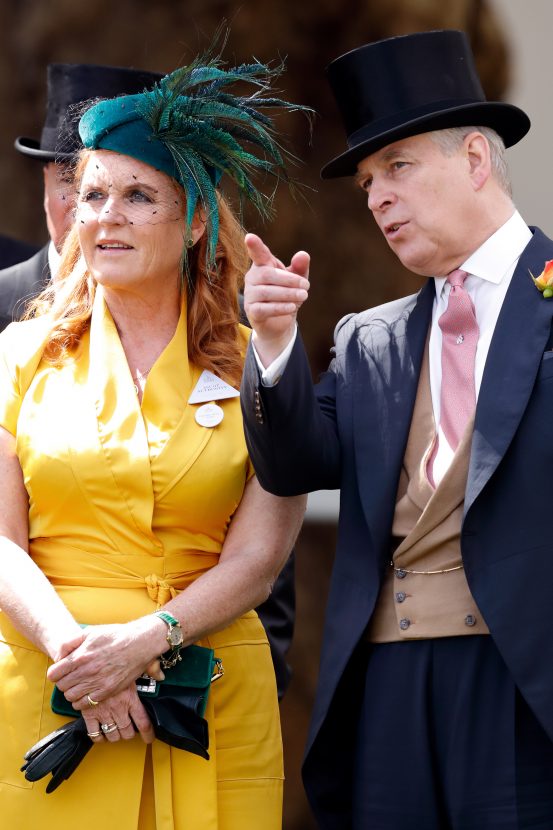 The Duchess of York looked chic and elegant in a feathered, bejewelled, floor-length gown, which shed paired with some beautiful, glittering silver jewellery.

And it seems her choice of jewellery has special significance for Sarah, and her relationship with her ex-husband Prince Andrew and the rest of the royal family.

Fergies necklace, bracelet, and earrings, are part of the York Diamond Demi-Parure set, which were a gift to her from the Queen and Prince Philip on the occasion of Sarahs wedding to their son, the Duke of York, back in 1986. The tiara that Sarah wore on her wedding day was also included in the present. According to the royal blog The Court Jeweller, the Queen and Philip sourced the jewels themselves at favoured royal jeweller Garrard, and its estimated that the purchase set them back around £500,000.

The Duchess of York wore the set often during her time as a working royal, to state events, galas, and other formal occasions. However, immediately after her marriage to Prince Andrew ended Sarah was rarely seen in the jewellery.

And, while in recent times shes worn it less often than before, it appears that it has now returned to being a much-loved item in her collection, with her having worn it to her recent dinner.

And what a Read More – Source