Trying to make a quick buck Lucy Taylor decided to have a massive clear-out on eBay.

The 37-year-old romance novelist came across her black Nike swimming costume which she had for six months.

Feeling it was unremarkable, Lucy from Lincoln decided to put it on sale, starting the bidding 99p on eBay

The price rose to £10.50 and was sold to a man based in the Netherlands.

But half an hour after the sale, Lucy received a message from the man asking her to wear the swimming costume.

Naturally, she was creeped out but decided to sell it anyway, without sending the picture.

She said she later saw the funny side but said eBay wasnt safe from perverts.

The email from the man read: Hi

I have have a question, is it possible for you to wear the swimsuit before shipping it?

Best regards, (which says a lot, as anyone who ends with regards is clearly lawful evil).

Offended and creeped out, Lucy still shipped the item – but not before conveying her initial disgust by uploading a screenshot of the email onto Facebook.

Her post read: Ive been selling lots of stuff on eBay trying to recoup money that I have spent… I have no words for the message I just got. None. Nothing. Its not often I am left speechless. And, no, just no.

Users found the whole thing hilarious, with one writing: Wow. If you have a dog or cat put it on them. The pervert wont know the difference.

A third said: Im petty and would say for an extra 500 Id fart on it for you. SMH some people.

Lucky explained her shock at the message, saying: I didnt expect to get a message – on eBay – from him, asking me to wear the swimming costume before I sent it to him.

I never responded to him, I never wore the swimming costume, or take a picture, and I sent the costume as promised.

But it wasnt hard to deduce why someone would want to see me wear it. 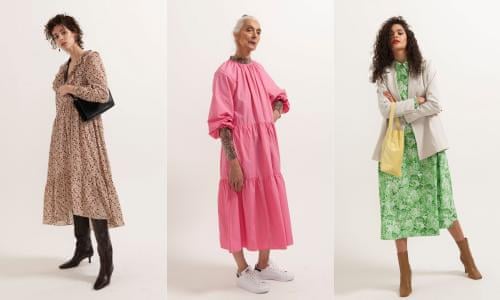 This fashion-forward brand is going to be everywhere by 2020

Cant decide between jeans or a skirt? Just get this £405 hybrid instead