Hong Kong police have violently tackled suspected protesters after thousands marched in the city in defiance of a ban.

Police said they were called to the scene amid violence against citizens by "radical protesters".

However it is unclear if all those injured and arrested in the metro system were involved in demonstrations.

Thousands of people took to the streets on Saturday to mark the fifth anniversary of China's government banning full democratic elections in Hong Kong.

In response, police used tear gas, rubber bullets and water cannon to disperse crowds, and fired live warning shots as they tried to clear the streets.

The latest protests came just a day after the arrest of several key pro-democracy activists and lawmakers in China's special administrative region.

The movement grew out of rallies against a controversial extradition bill – now suspended – which would have allowed criminal suspects to be sent to mainland China for trial.

It has since become a broader pro-democracy movement in which clashes have grown more violent.

What happened in Hong Kong's metro?

Police said in a tweet that they responded at both sites after reports of "radical protesters" assaulting citizens and damaging property.

In a statement, Hong Kong's government also said some protesters had "committed arson and "hurled miscellaneous objects and iron railings" onto railway tracks, "completely disregarding the safety of other passengers".

But several people have complained about the excessive force used by authorities.

"The train stopped. Police boarded and hit me twice with a baton," an unnamed man told the South China Morning Post newspaper.

"They didn't arrest me. They were just venting their anger by hitting me," he added.

MTR, which operates the city's metro line, told local media that three stations – Prince Edward, Mongkok and Kowloon Bay – had been closed as a result of the incident. It is unclear when they will reopen.

What else happened on Saturday?

Protesters took to the streets in the Wan Chai district, many joining a Christian march, while others demonstrated in the Causeway Bay shopping district in the pouring rain. Many carried umbrellas and wore face masks.

Afghan boy, 15, held after ex-girlfriend is stabbed to death in Germany 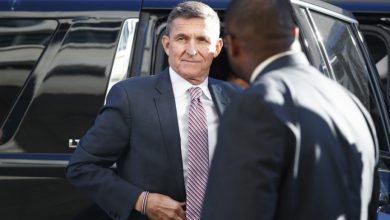