Christian Eriksen broke the deadlock in the 10th minute of the north London derby and Xhakas clumsy challenge on Son Heung-min gave Harry Kane the chance to double Spurs lead.

The England captain converted from the spot before Alexandre Lacazette dragged the Gunners back into the game with a piece of individual brilliance right on half-time.

Xhaka, who wore the captains armband at the Emirates, took much of the blame for Arsenal dropping yet more points in the Premier League.

Ian Wright, Martin Keown and Paul Merson were among the many ex-Arsenal players to criticise Xhaka and Neville also weighed in with some strong words.

On Xhakas costly foul, Sky Sports pundit Neville said: This is something you learn in your first week when you become professional football stay on feet at all times, especially in your box. Thats such a big invitation.

Its a an obvious penalty. its such an invitation for Son to go to ground – even if he doesnt make contact with him and then the penalty is sublime.

Its not a case of putting it in the corner for Kane. Its a case of hitting the side netting. But Xhaka has got to have a look… hes 26 years old!

Thats something you learn in your first week as a professional footballer. Disgraceful.

Asked about the criticism he received from Neville, Xhaka told Swiss publication Blick, Its part of football, there are a lot of people that talk a lot.

I cannot influence anything and I do not want to. It is not my business.

My job is to perform on the pitch.

Pacers continue life without Oladipo in matchup with Bucks 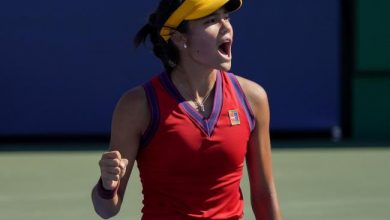 Trevor Steven: Overseas move is worth the risk for youngsters