About 200 Bolivians, most of them members of an indigenous group from the Chiquitanía region, are taking part in a protest march to demand more action be taken to stop fires that have ravaged their area.

They are urging President Evo Morales to declare a national emergency, after blazes destroyed large areas of forest as well as ranch land and farms, leaving many people destitute.

President Evo Morales has welcomed international aid but has stopped short of declaring a national emergency,

Earlier this month, a Russian military plane capable of dropping large amounts of water on the fires, arrived in Bolivia and firefighters from Argentina have also been helping with the firefighting efforts.

The worst-affected area is Chiquitanía, where the NGO Friends of Nature Foundation (FAN) estimates that 2.9 million hectares have been burned.

Most of those taking part in the protest march are Chiquitanos indigenous group.

They set off from San Ignacio de Velasco, a ranching hub, earlier this month and have been sleeping in makeshift camps along the way.

The protesters say that if a national emergency was declared more aid would reach their areas.

"For us, the Chiquitanos, it's painful because we are not going to have anything left," protester Tomás Candia told Reuters news agency.

"That is why we are calling on the world (for help), for the government to declare a national disaRead More – Source 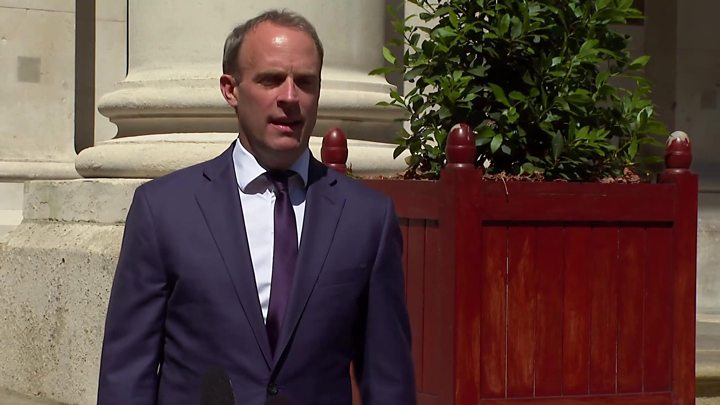 Hong Kong: US and allies defend ‘bastion of freedom’