Save the Children warned today against an impending humanitarian disaster in North East Syria, where families and children have already started fleeing hostilities. The agency confirmed it was preparing to scale up its relief operations which have been continuous since 2014.

Save the Children said: “We are deeply concerned about the safety of thousands of children and their families who have been on the move overnight. Our priority is to ensure that the best interests of children are met, and that essential support is provided to them. Our teams are still present in the area and delivering our programmes, and we are preparing to scale up to meet the increased needs.”

Our teams in North East Syria reported hearing explosions throughout the night.

“While the hostilities were largely localised to border areas, I saw families moving from major towns heading towards the outskirts further outside the border areas. People are afraid and cannot predict the extent of the military operations,” Jiwan, a Save the Children staff in the North East said.

“The cities and towns where we are are quiet this morning, but there is an air of anticipation in the community as people are unsure about what will happen next. We are hoping, for ourselves and the children, that the conflict will not extend to other major towns,” he added.

“The reports of civilian deaths, including those of two children, and several more injured are devastating. North East Syria is home to people who are all too familiar with the horrors of war. Many have been displaced more than once already. How many times have we seen those scenes of women and children with their belongings bundled on their backs moving in search of safety? With winter around the corner, they will face additional challenges as they search for shelter. Families who are worried about their lives. They cannot think of anything else but getting their children to safety,” added Save the Children.

In addition to the Syrian civilians in the North East, there are thousands of women and children living in camps across the area. Three of the camps are home to Syrian, Iraqi families and more than 9,000 foreign children with perceived links to ISIS of more than 40 nationalities, who rely exclusively on humanitarian aid. So far, camps continue to operate. But any disruption to aid services is placing the lives of nearly 90,000 residents across the three camps at risk.

Save the Children had called on Monday on all parties to ensure that all children and their families across North East Syria are protected.

Qatari-Bulgarian relations based on mutual respect and co-operation 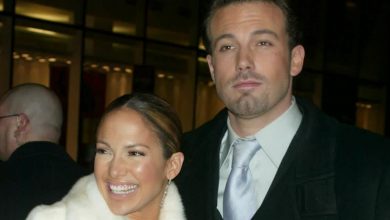 Jennifer Lopez And Ben Affleck Reportedly Have ‘Unreal’ Chemistry, It’s 2003 All Over Again