French President Emmanuel Macron and German Chancellor Angela Merkel on Monday lauded Mario Draghi for defending "the European dream" in the face of opposition as he handed over a divided ECB to Christine Lagarde.

Speaking at a farewell ceremony in Frankfurt, Merkel recalled how Draghi took the helm of the European Central Bank at the height of the eurozone debt crisis eight years ago, famously vowing to do "whatever it takes" to rescue the single currency.

"You navigated the euro through restless seas," Merkel said.

Macron praised Draghi as a man "who held the European dream high" and was "a worthy heir" of Europe's founding fathers.

"It is now up to us heads of state and government to carry forward this 'whatever it takes'… and be guardians of your legacy," he told an audience of some 400 people at the bank's gleaming headquarters.

Draghi himself said "the ECB has proven that it will not accept threats to monetary stability caused by unfounded fears about the future of the euro".

He also used his send-off to make one last plea to eurozone governments to play their part in bolstering the region's slowing economy by using their fiscal leeway to encourage spending and investment.

"Now is the time for more Europe, not less," he said.

It's a call mainly aimed at Germany, where criticism of Draghi's ultra-loose monetary policy has often been loudest. Powerful Bundesbank chief Jens Weidmann has argued that record-low interest rates and cheap money were hurting German savers.

With a knowing smile, Merkel praised Draghi for always defending the ECB's independence, "which can sometimes offer protection when not everyone agrees with you", she said.

In keeping with tradition, Draghi bowed out by handing a replica of the ECB president's golden bell to his successor Lagarde, who will become the bank's first female president when she takes up the post on November 1.

Draghi, 72, said the former French finance minister and International Monetary Fund chief would be "a superb leader" of the Frankfurt institution.

But Lagarde, 63, takes over at an awkward time with the bank's governing council divided over Draghi's last monetary stimulus package.

In a bid to drive up growth and stubbornly low inflation, Draghi has guided the ECB council as it set interest rates at historic lows in recent years, hoovered up 2.6 trillion euros in bond buys and offered cheap loans to banks.

But faced with a darkening economic outlook, Draghi in September announced further steps to support the euro area, including relaunching government and corporate bond purchases to the tune of 20 billion euros ($22.2 billion) per month. 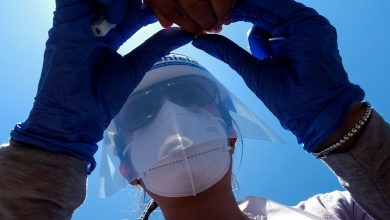