Geneva – The Israeli authorities have continued their human rights violations in Jerusalem in November 2019, as they escalated their attempts to end Palestinian presence and change the city’s identity by closing institutions, confiscating land, and displacing residents, according to a monthly report published by the Euro-Mediterranean Human Rights Monitor.

The report documented 25 shootings and direct assaults carried out by Israeli forces in the neighborhoods of Jerusalem, which resulted in the death of Fares Abu Nab, 23. This incident constitutes a use of excessive force without him posing any danger or threat to the lives of Israeli forces. In addition, 17 Palestinian civilians, including two women, were wounded with rubber-coated metal bullets and tear gas canisters, and dozens were suffocated by tear gas while 14 Palestinians were beaten by Israeli forces.

The report documented 103 raids into the towns and neighborhoods of Jerusalem by Israeli forces. The raids included the arrest of 78 Palestinian citizens, including 12 children, a woman, the Palestinian Minister and Governor of Jerusalem, and the Director of the Directorate of Education. The report said that Israeli forces summoned 11 Palestinians and imposed house arrests on at least eight citizens, including children, following imposing fines on them.

The report documented 20 demolitions of Palestinian homes and properties in occupied Jerusalem. Nine homes were demolished, one of which was destroyed by its owner to avoid paying huge fines. In addition, six barns and warehouses were demolished in the city while ten other facilities were notified of demolitions.

These demolitions are carried out by Israeli army forces as part of a systematic policy of forced displacement of Palestinians, in order to change the demographic character of the city, nothing that such actions amount to a war crime.

The report documented four confiscation orders issued by Israeli forces, which seized 790 dunums in Jerusalem for the purpose of building the separation wall as well as roads while 6,850 dunums in the West Bank were affected.

The report documented two Israeli decisions regarding the approval of the Jerusalem train plan and the establishment of 11,000 housing units in a new neighborhood in the abandoned Qalandia Airport to expand the settlement of Atarot north of Jerusalem. The Geneva-based group noted that an Israeli decision to ban the work of UNRWA in Jerusalem was also issued.

Anas Aljirjawi, Euro-Med Monitors Director of the Middle East and North Africa, said that the US Administration’s attitude towards the Palestinian issue encouraged the Israeli authorities to commit more violations in the Palestinian Territories, especially after the recent US decision to consider settlements in the West Bank legitimate and dont violate international law.

Aljirjawi added that by monitoring the actions of Israeli authorities in Jerusalem on a regular basis, it is clear that they are taking steps to end the Palestinian presence in the city by removing communities on different pretexts, arresting, and deporting personalities, and closing official institutions. He warned that silence over these measures gives Israel a green light to implement its policies rapidly.

The report documented eight direct attacks by settlers throughout Jerusalem during November, including damaging car tires, writing racist slogans as part of a strategic activity that Israel permits, based on discriminatory racial grounds, which aims, in the long run, to displace Palestinians and confiscate their homes and lands for settlement projects.

This month, 2009 settlers carried out incursions into Al-Aqsa Mosque throughout 20 days of the month, in addition to thousands of settlers who participated in the incursions under the pretext of foreign tourism and with a full coordination with Israeli authorities.

In contrast, Israeli forces continue to impose restrictions on the access of West Bank residents to Jerusalem, as well as Gazans, most of whom are denied access to the city. Israeli forces scrutinize the cards of Palestinians arriving at Al-Aqsa Mosque and hold their IDs, and it prevents large numbers of Jerusalemites from reaching the Mosque under security pretexts. 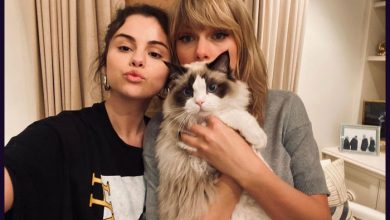 UNHCR to suspend operations at GDF in Tripoli amid safety concerns