Iran's admission it "unintentionally" shot down a Ukrainian passenger jet has sparked demands for justice for the 176 people on board who were killed.

The calls were led by Ukraine's president and the prime minister of Canada, which lost 57 nationals.

Social media footage has shown protests in Iran, some of them calling for Supreme Leader Ali Khamenei to resign.

The plane was shot down on Wednesday, hours after Iran had struck two air bases housing US forces in Iraq.

Those missile strikes were Iran's response to the US killing of senior Iranian commander Qasem Soleimani. He died in a drone strike in Baghdad on 3 January.

Iran had initially denied reports its missiles had brought down the plane, with one spokesman accusing Western nations of "lying and engaging in psychological warfare".

Ukraine International Airlines flight PS752, en route to Kyiv, came down near Imam Khomeini Airport in Tehran shortly after take-off. Victims included dozens of Iranians and Canadians, as well as nationals from Ukraine, the UK, Afghanistan and Germany.

What has the reaction been to Iran's admission?

Ukrainian President Volodomyr Zelensky has demanded Iran "bring the guilty to the courts", repatriate the remains of the victims, pay compensation, give total access to Ukrainian officials and issue an apology through diplomatic channels.

He later spoke with Iranian President Hassan Rouhani and said he had been assured that "all persons involved in this air disaster will be brought to justice".

Mr Trudeau said he was "outraged and furious" and had told Mr Rouhani that there must be a full investigation with "full clarity on how such a horrific tragedy could have occurred".

Mr Trudeau said: "Canada will not rest until we get the accountability, justice and closure the families deserve… they are hurt, angry and grieving and they want answers."

He said Mr Rouhani had made a commitment to de-escalation.

He said that de-escalation was now essential, adding: "It is vital that all leaders now pursue a diplomatic way forward."

A number of European nations made similar pleas for de-escalation, a transparent inquiry and the learning of lessons. The US has not officially commented yet.

What has Iran's military admitted?

The admission came in a statement read on state TV on Saturday morning.

It said flight PS752 had turned towards a "sensitive military centre" of the Revolutionary Guards, the force set up to defend the country's Islamic system, and had a "flying posture and altitude of an enemy target".

Brig-Gen Amir Ali Hajizadeh, the Revolutionary Guards' aerospace commander, said a missile operator had acted independently and alone, mistaking the plane for a "cruise missile" as there had been reports that such missiles had been fired at Iran.

"He had 10 seconds to decide. He could have decided to strike or not to strike and under such circumstances he took the wrong decision," Gen Hajizadeh said.

"He was obliged to make contact and get verification. But apparently, his communications system had some disruptions."

Gen Hajizadeh said the military would upgrade its systems to prevent such "mistakes" in the future.

He said he had "wished he was dead" after being told of the missile strike.

Gen Hajizadeh also said a request had been made for a no-fly zone in the area before the incident but, for reasons that are unclear, this was rejected.

He said he had informed the authorities about what had happened on Wednesday, raising questions about why Iran had denied involvement for so long.

What have Iran's leaders said?

Ayatollah Khamenei said there was "proof of human error" and that he had asked "relevant authorities to take necessary measures to prevent" such an incident happening again.

Foreign Minister Javad Zarif apologised to the families of the victims but laid part of the blame on the US. "Human error at a time of crisis caused by US adventurism led to [this] disaster," he said.

Iran's ambassador to the UK, Hamid Baeidinejad, apologised for sharing "wrong findings" about the crash. He had earlier said Iran was "confident" that a missile had not been launched. 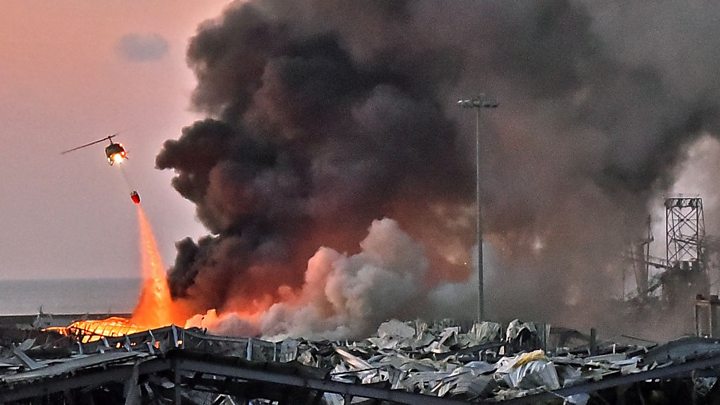