The number of people already infected by the mystery virus emerging in China is far greater than official figures suggest, scientists have told the BBC.

There have been 41 laboratory-confirmed cases of the new virus, but UK experts estimate the figure is closer to 1,700.

Two people are known to have died from the virus, which appeared in Wuhan city in December.

"I am substantially more concerned than I was a week ago," disease outbreak scientist, Prof Neil Ferguson, said.

The work was conducted by the MRC Centre for Global Infectious Disease Analysis at Imperial College London, which advises bodies including the UK government and the World Health Organization.

Singapore and Hong Kong have been screening air passengers from Wuhan and US authorities announced similar measures starting on Friday at three major airports in San Francisco, Los Angeles and New York.

How were the numbers calculated?

The crucial clue to the scale of the problem lies in the cases being detected in other countries.

While the outbreak is centred on Wuhan, there have been two cases in Thailand and one in Japan.

"That caused me to worry," said Prof Ferguson.

He added: "For Wuhan to have exported three cases to other countries would imply there would have to be many more cases than have been reported."

It is impossible to get the precise number, but outbreak modelling, which is based on the virus, the local population and flight data, can give an idea.

Wuhan International Airport serves a population of 19 million people, but only 3,400 a day travel internationally.

The detailed calculations, which have been posted online ahead of publication in a scientific journal, came up with a figure of 1,700 cases.

What does it all mean?

Prof Ferguson said it is "too early to be alarmist" but he was "substantially more concerned" than a week ago.

Chinese officials say there have been no cases of the virus spreading from one person to another.

Instead they say the virus has crossed the species barrier and come from infected animals at a seafood and wildlife market in Wuhan.

Prof Ferguson argues: "People should be considering the possibility of substantial human-to-human transmission more seriously than they have so far.

"It would be unlikely in my mind, given what we know about coronaviruses, to have animal exposure be the principle cause of such a number of human infections."

Understanding how a novel virus is spreading is a crucial part of assessing its threat.

What is this virus?

Viral samples have been taken from patients and analysed in the laboratory.

And officials in China and the World Health Organization have concluded the infection is a coronavirus.

Coronaviruses are a broad family of viruses, but only six (the new one would make it seven) are known to infect people.

At the mild end they cause the cRead More – Source 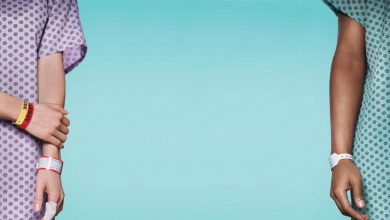 Listen to women and close the gender pain gap