Hong Kong has announced plans to slash cross-border travel between the city and mainland China as the new coronavirus continues to spread.

More than 100 people have now died in China, with confirmed infections surging to more than 4,500.

High-speed trains and ferries that cross the border will be suspended from Thursday, Hong Kong leader Carrie Lam announced. She wore a face mask.

The virus has spread across China and to at least 16 countries globally.

On Monday, Germany and Japan confirmed that they had cases involving people who had not travelled to China but caught the virus from someone who had.

This had previously been seen only in Vietnam, which borders China and where someone was infected by his father who had travelled from Wuhan, the city at the epicentre of the outbreak.

Several foreign governments with large numbers of citizens in Wuhan are planning air evacuations. Japan is sending a plane later on Tuesday.

Wuhan, as well as the wider Hubei province, are already effectively in a lockdown with strict transport restrictions in and out of the area. Wearing masks in public is now mandatory in some Chinese cities.

On Monday, authorities in Beijing confirmed that a 50-year-old man had died – the first fatality in the Chinese capital.

In addition to suspending train and ferry services, flights to mainland China will be halved. People will also no longer be able to receive permits to visit Hong Kong from the mainland.

The city of seven million – a major financial centre – is part of China but retains significant autonomy.

Tens of millions of people visit from mainland China every year but numbers were down in 2019 because of the pro-democracy protests that rocked the city.

"The flow of people between the two places needs to be drastically reduced" amid the outbreak, said Ms Lam.

What's the latest elsewhere in China?

The new coronavirus is thought to have emerged from illegally traded wildlife at a seafood market in Wuhan.

Most of the deaths have been in Hubei province. The initial victims were mostly elderly people or those with pre-existing respiratory problems, but few details have been released about the dozens of deaths confirmed in recent days.

Efforts to stem the spread of the virus have coincided with the Lunar New Year celebration, which usually sees millions travel across the country to visit relatives and friends.

Many festivities have been suspended. Chinese authorities have also postponed the new semester for schools and universities nationwide and are urging citizens to postpone travel abroad.

The news of more human-to-human cases of the new coronavirus will add to fears about how far this outbreak might spread.

These latest cases in Japan and Germany suggest that anyone coming into close contact with another infected person could catch it.

It's thought people with symptoms, such cough and fever, will be the most contagious.

But experts haven't ruled out that people with no obvious signs of infection could also pose a risk. And it can take more than a week for a person to develop symptoms.

The advice is to avoid close contact with people who are infected – that means keeping enough distance to avoid breathing air or touching surfaces contaminated with respiratory droplets from others carrying and shedding the virus.

What is the situation internationally?

According to the World Health Organization and national authorities, there have been more than 50 confirmed cases outside China – but no deaths.

The latest case to be confirmed is in the German state of Bavaria, only the fourth so far in Europe.

It involves a man who contracted the virus at a training event from a visiting Chinese colleague who reportedly did not show symptoms until she returned to China days later.

Strictly Come Dancing 2018: Shirley Ballas hits back at haters after fans beg for her to be dropped 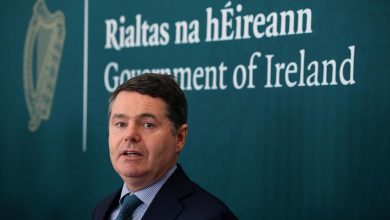 Kobe Bryant: How his hometown is mourning