The US Democratic presidential nominating race got off to a chaotic start in Iowa on Monday with the results of the state's caucuses delayed for hours as party officials double-checked "inconsistencies" in the initial count. Several precincts said that workers had trouble using a new app to report the results.

As news came in that the results of the Iowa caucuses would not be released until later on Tuesday a handful of Bernie Sanders supporters danced and chanted outside the Holiday Inn hotel in the south of Iowa's capital Des Moines, where their candidate had planned his victory celebration.

"The people united, will never be defeated," they sang. "Get up, Get down, DSM (Des Moines) is a Bernie town."

Although they felt cheated of their victory party they believed Bernie had taken Iowa, and would go on to take New Hampshire as well.

One supporter, who asked to remain anonymous, described the confusion over a malfunctioning vote count app as a "shit show" but said it was mostly caused by incompetence.

Others were more sceptical, saying they suspected a conspiracy. Supporters of the Vermont Senator believe the Democratic party establishment backs former vice president Joe Biden as the best candidate to take on Donald Trump in the November election. Following Mondays problems, those suspicions re-emerged among Sanders supporters.

"They werent ready for the turnout, the new app. They are doing anything they can now to delay the results," said Adam, a 29-year-old New Yorker who travelled to Iowa to canvas for Sanders.

His friend Daniel, a software engineer from California, who was also helping the Bernie campaign, agreed.

“Last time it was a mess so I was expecting a little bit of high jinks. I think the Democratic party is worried. Its the beginning of the snowball. Bidens electability argument is capsizing. The fact he wasnt even viable in some precincts was insane," said Daniel.

'Get that sucker out of the White House

At precinct 56 in Sherman Hill, just west of downtown Des Moines, Sanders came in first with 252 of the 646 caucus-goers picking the Vermont Senator as their candidate.

The precinct co-chair, Deb Copeland, explained that the area was not necessarily reflective of the whole state of Iowa. "We have a lot of downtown housing here, a lot of young people," Copeland said.

Polls suggested that young people had mobilised en masse for the caucuses which could partly explain why Sanders, who has a large support base among the youth, appeared to have done so well.

But older voters had also come out to support him. Reena Steele, 86, said that she would be elated if Bernie Sanders wins Iowa "because he is the only one who can get that sucker out of the White House".

Excuse us if were paranoid

Senator Elizabeth Warren of Massachusetts came in second with 215 supporters at precinct 56 and former South Bend, Indiana, Mayor Pete Buttigieg got 133. Biden was not even viable at the precinct — the space reserved for him in the school auditorium was almost empty.

The former US vice president and seasoned politician fared badly in a lot of other precincts. Although the official results were not released, Sanders claimed victory and released his own vote count, which put Biden in fourth place in Iowa.

Share on FacebookShare on TwitterShare on PinterestShare on LinkedIn Share on TumblrShare on RedditShare on VKontakte
adminFebruary 4, 2020 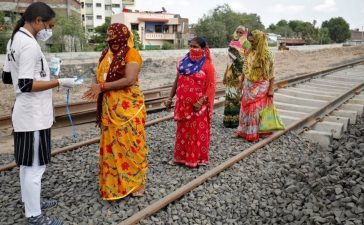 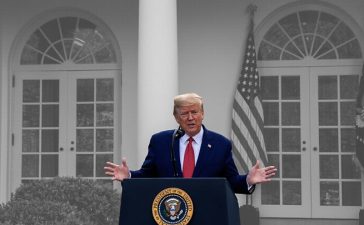 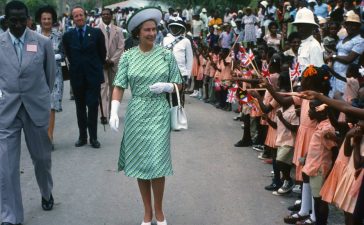