Coronavirus cases are not rising dramatically outside China despite a spike in Hubei province, the World Health Organization (WHO) says.

The only exception was on a cruise liner docked in Japan, where 44 new cases were reported, bringing the total there to 218.

There was also no major shift in the coronavirus's pattern of mortality or severity, according to the WHO.

Hubei recorded 242 deaths on Wednesday, the deadliest day of the outbreak.

There was also a huge increase in cases, with 14,840 people diagnosed but most of this was down to Hubei using a broader definition to diagnose people, said Mike Ryan, head of WHO's health emergencies programme.

"This does not represent a significant change in the trajectory of the outbreak," he said.

Outside China there had been two deaths and 447 cases in 24 countries, he said.

On Thursday Japan announced its first coronavirus death – a woman in her 80s who lived in Kanagawa, south-west of Tokyo.

The woman's diagnosis was confirmed after her death and she had no obvious link to China's Hubei province, the epicentre of the outbreak, Japanese media reported.

What is happening on the Diamond Princess?

The vessel is in quarantine in Yokohama. Not all the 3,700 people on board have been tested yet.

People with the virus are taken to hospitals on land to be treated, while those on board are largely confined to their cabins.

However on Thursday Japan said it would allow those aged 80 or over who have tested negative for the coronavirus to disembark.

Health Minister Katsunobu Kato said they could be allowed off the ship as early as Friday but would have to stay in accommodation provided by the government, the Japan Times reported.

Meanwhile another cruise ship – the MS Westerdam – carrying more than 2,000 people docked in Cambodia after being turned away by ports in Japan, Taiwan, Guam, the Philippines and Thailand despite having no sick patients on board.

What's behind the Hubei spike?

Until Wednesday's increases, the number of people with the virus in Hubei was stabilising.

The new cases and deaths in the province have pushed the national death toll above 1,350 with almost 60,000 infections in total.

White House economic advisor Larry Kudlow said there had been "surprise" in the US at the new cases.

"We're a little disappointed in the lack of transparency coming from the Chinese, these numbers are jumping around," he said.

The Trump administration was also disappointed that China had not accepted a US offer to send experts to help China respond to the outbreak, Mr Kudlow said.

Mr Ryan, from the WHO, said the spike reflected a change in the way cases were diagnosed.

"Most of these cases relate to a period going back over days and weeks and are retrospectively reported as cases since sometimes back to the beginning of the outbreak itself," he said.

Only Hubei province – which accounts for more than 80% of overall Chinese infections – is using the new definition to diagnose new cases.

The final members of a WHO team were expected to arrive in China over the weekend to investigate the epicentre of the outbreak, Mr Ryan said.

Can we trust the numbers?

Just about everyone who's been following China's official coronavirus numbers has been able to see that they have been incomplete. Government officials know this too. There's no way they've accounted for everybody infected. How could they?

But at least we had what appeared to be a trend. We could observe the pattern to try and estimate the trajectory of outbreak. Now that's gone too.

You can understand why it has been decided that people who have virus symptoms, plus a CT scan showing chest infection, are now being counted in the "definitely infected" column. However, this has thrown the trend mapping into chaos.

Over the past 24 hours in Hubei alone, nearly 15,000 people were moved into the infected column. This would have sent shockwaves around the world, but actually, if you consider Wednesday's cases by the old definition, the rate could well mean another day of decline: a completely different picture.

So now, we're scratching our heads: do we start looking at the pattern all over again from Thursday onwards? This has also left many wondering what the real death rate must have been over recent weeks and the extent to which we should be treating the overall figures seriously anyway. 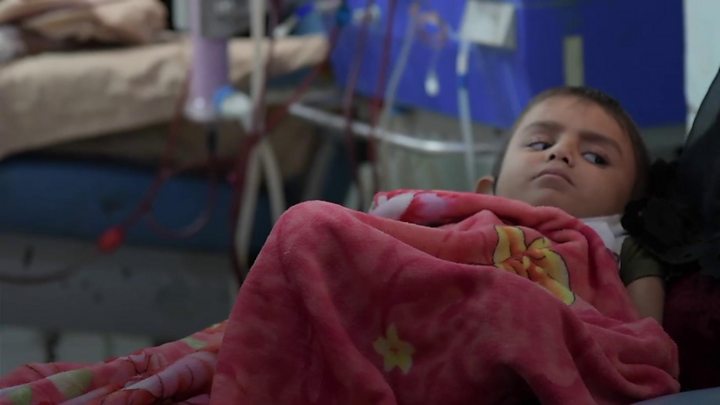