As jurors were sworn in for Harvey Weinstein's trial in New York, the judge told them in no uncertain terms that this case was not intended to be a referendum on the #MeToo movement as a whole. But the trial, which ended in him being convicted of rape and sexual assault, at times felt like one.

You may find some of the details in this article upsetting

It was a watershed moment. More than two years after allegations started to emerge about the Hollywood producer, some of his victims finally had their chance to be heard in court.

Twelve jurors were tasked with ruling on sex charges against Weinstein, which he denied, in a trial that saw complex questions about consent and power dynamics on the stand. Jurors heard harrowing testimony from six women who, at times in tears, recounted their alleged assaults by the producer. One woman, who he was later found guilty of raping, at one point had to leave court after apparently suffering a panic attack on the stand.

Weinstein's high-powered defence team tried to flip the narrative and paint his accusers as the manipulators in the situation: women who used Weinstein for his industry prowess and later regretted and mischaracterised their sexual encounters as non-consensual. During weeks of testimony, jurors were witness to everything from claims about Weinstein's genitals being deformed to nude photographs of the movie mogul himself.

Every day journalists lined up, sometimes before sunrise, to claim a place on the press benches. Cameras were not allowed inside the trial at Manhattan Supreme Court, but the entrance was always lined with paparazzi scrambling to get daily shots and sound-bites from Weinstein, who had barely been seen in public for two years.

Weinstein was a giant of the movie industry in every sense. Productions in his name became synonymous with success in Hollywood, with hundreds of Oscar nominations and 81 wins across his career. On stage, as he accepted awards, his large frame would often hulk over the stars of his films.

The image of Weinstein at his trial was a very different one: once reportedly 300lb (136kg), he appeared frail and shuffled in to court most days with his back hunched over a metal walking frame.

The term #MeToo preceded Weinstein, but was propelled across the globe as allegations mounted against him in October 2017. Millions of people from all ages, backgrounds and nationalities used the hashtag to detail their experiences of harassment and abuse. Other celebrities were implicated but it was the scale of claims against Weinstein, then arguably the most powerful man in Hollywood, that proved the most shocking.

More than 100 women came forward with allegations about him: alleging everything from aggressive outbursts to serious sexual assault. Stars at the very top of the industry, like Gwyneth Paltrow and Angelina Jolie, told of unwanted advances and upsetting interactions. Other women described, often in graphic detail, alleged rapes by the producer. Weinstein has consistently denied all allegations of non-consensual sex.

Despite dozens of allegations against him, these were the first to make it to trial.

In this time, Weinstein all but disappeared from public view. His marriage broke up and he is said to have sought treatment for sex addiction. His business partner brother described his behaviour as "sick and depraved" and their production company filed for bankruptcy.

During a rare interview, reportedly given without his lawyer's knowledge in December, Weinstein complained of feeling like a "forgotten man" within Hollywood. Speaking just one day after three-hour surgery to ease compression on his spine, he told the New York Post that he deserved a pat on the back for everything he had done for women in film. He posed for photographs in a medical centre wearing jeans and a T-shirt, which he lifted to reveal a bandage on his back from which a tube drained blood into a container fixed to a metal walking aid.

The walking frame took on a starring role during the trial when an argument broke out when prosecutors labelled it a "prop". Weinstein's lawyers even wanted his surgeon to testify to prove he wasn't faking his injury to gain sympathy.

On the first day, a group of high-profile accusers gathered outside the court to try to face him down. "You brought this upon yourself by hurting so many," actress Rose McGowan said, addressing her alleged rapist through the media. "You have only yourself to blame."

Weinstein's legal team made repeated appeals for the trial to be moved from Manhattan, citing the "carnival-like atmosphere" engulfing it. At one point, the defence complained after a flash-mob of protesters chanting lyrics including "The rapist is you" could be heard from inside the courtroom. At another, one of the world's best known supermodels, Gigi Hadid, appeared as a potential juror.

About 2,000 people were reportedly summoned during the jury selection process and prosecutors accused Weinstein's team of "systematically eliminating" young white women, resembling his victims, from serving on the jury. After almost two weeks, the group of 12 was finalised with seven men and five women.

Weinstein denied five felony criminal charges relating to allegations of sexual assault and rape. They related to incidents involving Mimi Haleyi, a former production assistant who said he forced oral sex on her at his Manhattan apartment in 2006, and Jessica Mann, a one-time aspiring actress who said he raped her in a New York hotel room in 2013.

Another alleged victim, Sopranos star Annabella Sciorra, alleged he had forced his way into her New York apartment and raped her some time in the winter of 1993/4. The amount of time passed since the alleged incident meant it fell outside of New York's statute of limitations and could not be charged separately, but the judge ruled her testimony could be used to support the most serious charges on the indictment: for predatory sexual assault.

Three other women were also permitted by the judge to appear as "prior bad acts" witnesses to help establish a pattern of behaviour and common motive. All were aspiring actresses in their 20s, hoping to break into the industry, when they described being assaulted by him.

This tactic was notably used to help secure a conviction against US comedian Bill Cosby, who was jailed in 2018. Kristen Gibbons Feden was a prosecutor on both his trials and told the BBC that "prior bad act" witnesses' willingness to take the stand, and be open to cross-examination without the hope of direct justice for themselves, can play a "critical" role in undermining defence arguments and establishing the motive of repeat offenders.

"These women who testified, all of the women who testified in Cosby's trial, were willing to put their lives, their public sanctity and character on the line to try and assist the prosecution with putting away a serial rapist – I think that just speaks volumes about the movement," she said.

Physical evidence was never likely to play a part in the trial, given how much time had passed since the alleged incidents took place. The case would therefore rise and fall on the believability of the accusations against Weinstein: a case of he said, she said – or, in this trial, they said. "Obviously, any time you have a criminal trial, the goal of a defence attorney is to question the credibility of the witnesses – but particularly when the only evidence is eyewitness testimony, which it is in this case," Julie Rendelman, a former prosecutor turned criminal defence lawyer, told the BBC.

Sciorra was the first accuser to take the stand against Weinstein. She alleged that he forced his way into her 17th-floor Gramercy Park apartment and raped her, shortly after offering to drive her home from a dinner they attended with others, including Pulp Fiction star Uma Thurman. "I felt very overpowered as he was very big," she told the court, who had heard he was almost three times her weight of about 110-115lb (50kg) at the time.

"Then he grabbed me. He led me into the bedroom and he shoved me on the bed. I was punching him, I was kicking him, I was trying to take him away from me. He took my hands and put my hands over my head," she said, motioning with her arms.

In turn the defence called witnesses, including Sciorra's apartment's building manager, to try to contradict her claims. During the trial some defence witnesses appeared only once under subpoena, apparently reluctant to appear and contradict the account of accusers, who in some cases were former friends.

The defence quizzed Sciorra on her acting ability and success: playing a 1997 clip from a well-known US talk show where she admitted making-up colourful lies about her life in press interviews. They questioned why she didn't raise the alarm about what happened. "He was someone I knew," she told the court. "I felt at the time that rape was something that happened in a back alleyway in a dark place by someone you didn't know."

They also called Professor Elizabeth Loftus, a false memory expert, who testified about her research on how recollection can become distorted and contaminated over time.

With the main accusers, the defence tried to upend the narratives of manipulation presented by the prosecution. They said Haleyi and Mann's ongoing, and often friendly, communication with Weinstein after their assaults was evidence the relationships were consensual. Haleyi tearfully told the court how he lunged and physically overpowered her in 2006, removing a tampon and forcing oral sex on her when she was on her period.

"I checked out and decided to endure it," she told the court. "That was the safest thing I could do."

His lawyers confronted her with messages she sent to the producer afterwards, including ones signed off "lots of love" and "peace and love". "I asked for jobs from many people, including Harvey Weinstein," she said about contact over career opportunities. She also said she had felt "trapped" by her circumstances, so she decided to "almost pretend [the assault] didn't happen".

Jessica Mann told the court that she entered in a "degrading relationship" with Weinstein, which included subsequent consensual acts, after her rape.

Psychologist Dr Barbara Ziv was called by the prosecution to try and push back on some of the defence's scrutiny of his victims' behaviour. Dr Ziv, who also testified at Cosby's second trial, spoke about her 20 years of experience with assault survivors and sought to dispel so-called "rape myths".

"A vast majority of sexual assault victims don't report promptly," she told the court. "The time can range from days to months to years to report an assault – to never." She also said it was "extremely common" for victims to remain in contact with their attacker, sometimes in fear of retribution, and pointed out an overwhelming majority of assaults are committed by someone the victim knows.

"The trial was set up to raise some complicated issues around consent and what it looks like," Deborah Tuerkheimer, a professor at Northwestern University School of Law, told Variety. "Jessica Mann in particular has really been a complex witness."

The three-day testimony by Mann, whose identity had not been made public before the trial, provided some of its most powerful moments. Journalists inside the court said that at one point, after being pressed to read an email which alluded to abuse earlier in her life, Mann broke down and started sobbing uncontrollably. The New York Times reported that, after being excused from court, she could be heard screaming in another room.

When quizzed about their ongoing coRead More – Source 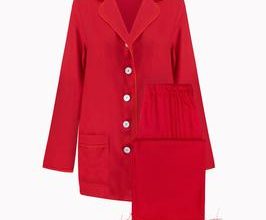 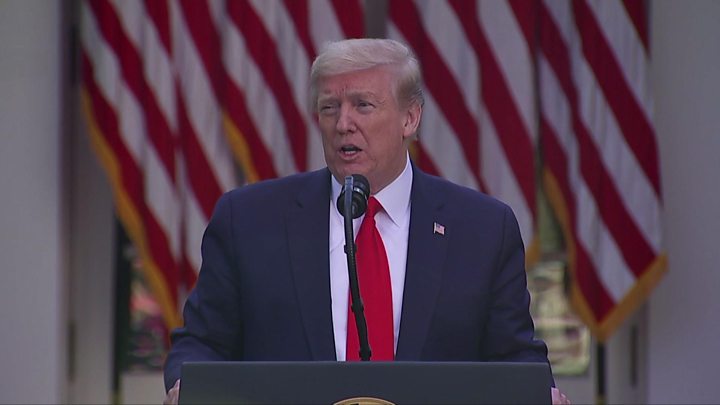 Coronavirus: Trump moves to pull US out of World Health Organization

Sudan sentences 29 to death for teacher’s killing in custody