President Xi Jinping has visited Wuhan, the centre of the coronavirus outbreak, sending a message that Beijing has the situation under control.

His visit comes as China records its lowest number of infections, just 19 on Tuesday, all in Wuhan apart from two who had arrived from overseas.

There have been 80,754 confirmed cases in mainland China and 3,136 people have died.

The visit was Mr Xi's first trip to Wuhan since the outbreak began.

According to state media, Mr Xi arrived in the city on Tuesday to inspect epidemic prevention and control work in the province.

Wuhan and its province, Hubei, have been on lockdown in order to prevent the spread of the disease. The president visited a community in the city currently in self-quarantine.

Global Times quoted analysts as saying Mr Xi's visit sent a "strong signal to the entire country and the world that China is ascending out of the darkest moment amid the outbreak".

The president also visited Huoshenshan Hospital, a temporary facility that was completed in 10 days. During his visit to the hospital, he learned about the facility's operations, treatment of patients and protection for medical workers and scientific research there.

Images from his visit show the president speaking to staff and patients via video link.

Shortly after his visit, state media confirmed that all 14 of the temporary hospitals in China have now been closed.

It's unclear how long Mr Xi will stay in the city.

Zhang Ming, a professor at Renmin University told Reuters news agency: "He is there now to reap the harvest. His being there means the Communist Party of China (CCP) may declare victory against the virus soon."

Images of Communist Party General Secretary Xi Jinping visiting Wuhan will be seen as more than just reassuring to the people of China that the coronavirus emergency is now pretty much under control.

It is a way of sending out a signal that the return to "normality" should carry on apace.

After all, if the most important person in the country now feels that it is safe enough to enter the belly of the monster then surely others can return to work in their own cities, most of which have seen zero new infections recently.

True, when Xi Jinping "visited" patients at the newly built Huoshenshan quarantine ward this was done via video link. However, you would hardly expect the country's leader to go up and give them a hug.

To see him just being in the city probably means that parts of Hubei will be opened up very soon with a resumption of transport links at least within the province, along with more shops opening their doors. Elsewhere in China things are going to start moving much more quickly.

Mr Xi has been notably absent from Chinese state media coverage of the virus. However, CGTN saiRead More – Source

I thought I deserved it: Kerry Katona opens up about shock abusive past 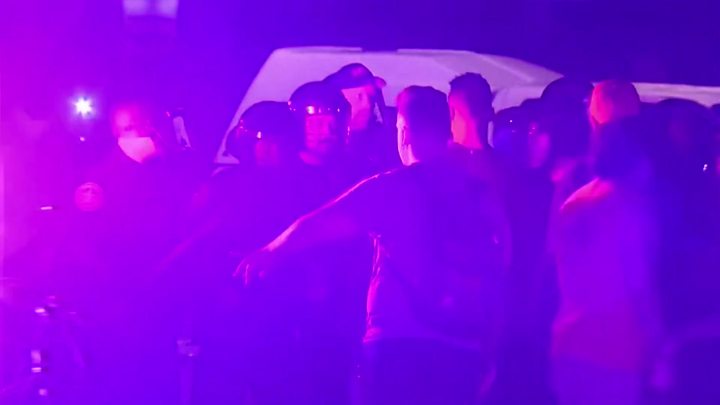 Son of Russian spies feels “relief” to be Canadian