Former vice president Joe Biden is the last man standing in the race for the Democratic nomination for president. He has pledged to choose a woman for his running mate, and speculation has intensified over whom it will be just as an accusation that Biden sexually assaulted a female member of his staff in the 1990s has emerged in mainstream US media.

Its almost three and a half years after Hillary Clinton lost the presidential race to Donald Trump. The day after the inauguration on January 20, 2017, millions of women and men participated in Womens Marches worldwide to protest the presidents degrading comments about women during his campaign, and his anti-abortion stance. Clinton had been the first woman to be a major party candidate for the US presidency.

At one point in the crowded Democratic field for this years nomination, Biden shared the debate stage with four candidates who are women, all US senators: New Yorks Kirsten Gillibrand, Californias Kamala Harris, Minnesotas Amy Klobuchar and Massachusettss Elizabeth Warren, the last of the four to exit the race and to endorse her former rival and the presumptive Democratic nominee.

With so many nationally prominent women in the race, and concerns that Trumps appointments to the Supreme Court could threaten abortion rights, it was not surprising when Biden, in a mid-March debate, said he would choose a woman to be his vice president should Democrats nominate him to face Donald Trump in November.

If Biden follows through, it would be just the third time a major presidential ticket has featured a woman as VP nominee, after Democrat Geraldine Ferraro in 1984 and Republican Sarah Palin in 2008. Now that he has the field to himself, voters and pundits are looking to him to deliver on his promise, and speculating on whom he will choose and why. Some, however, are also thinking about the accusation of his former staffer, Tara Reade, which she made on a podcast in late March.

Steve Grossman, a nonprofit executive and a former chairman of the Democratic National Committee during Bill Clintons presidency, told FRANCE 24 that Bidens intention to choose a woman demonstrates “a commitment to more equity in American life”, and will help the candidate appeal to suburban women voters in battleground states such as Michigan and Pennsylvania. Grossman thinks that although Hillary Clinton didnt excite enough of those voters in 2016, the outcome this time could be different.

A Gallup poll released on April 16 finds that 60 percent of women living in the US disapprove of Trump, six points more than the percentage of women that voted for Clinton in 2016, according to the Pew Research Center.

If Biden chooses a woman of color to be his vice president, Grossman said, it would particularly signal that the Democratic Party is the inclusive party in an increasingly diverse country.

“I think Biden has to think long and hard about if he will choose a woman of color,” Grossman said, citing the “new lease on life” that some African-American voters gave Biden in South Carolina, the first state he won during the primaries.

Bidens choice will come in the wake of Reades account that the then US senator from Delaware groped and digitally penetrated her in the early 1990s, which The New York Times and The Washington Post have examined and been unable to verify. Grossman doesnt think the accusation will affect voters choices in November, “unless something emerges that is so profoundly damaging and proven that it will cause people to have doubts”.

Claire Cummings, a 28-year-old Democratic campaign organiser and self-described progressive who lives in Vermont, told FRANCE 24 that “theres no way Im staying home” on election day, despite a lack of excitement for Joe Biden.

“I have no other option if I want to see us achieving anything in the next four years,” Cummings said.

But she is troubled by what she perceives as Democrats cautious response to Reades accusation.

“Its a struggle to try and stomach that,” she said.

If Biden chooses a running mate who shares Cummingss values, such as universal health care via Medicare for all, she would “be a little bit more excited” about the ticket; for it to simply include a woman does not move her.

“I want to make sure its the right woman,” she said.

FRANCE 24 looks at some of the potential women candidates for the Democratic nomination for vice president and how they could affect the races outcome in November.

After losing the 2018 race for governor of Georgia, Abrams founded Fair Fight, an organisation that advocates for fair elections and supports voter turnout and education throughout the US. Before running for governor, she served in the Georgia House of Representatives and led its Democratic minority. In an interview published last week in Elle magazine, Abrams said “I would be an excellent running mate”, citing her appeal to voters in “typically ignored communities” and her public and private sector leadership experience. US Representative James Clyburn of South Carolina, whose endorsement of Biden helped him win an overwhelming primary victory in that state, mentioned Abrams on his wish list for VP nominee.

Senator Warren of Massachusetts was the last major rival of Joe Bidens to endorse him, but that endorsement was full-throated: in a tweeted video, she cited Bidens decades-long senate career and tenure as Barack Obamas vice president, and praised Bidens willingness to listen and change his mind if presented with sound policy ideas. Warren, a former law professor at Harvard University, led the creation of the Consumer Financial Protection Bureau under President Obama, and recently released a plan along with US Representative Ro Khanna for an “Essential Workers Bill of Rights” that includes paid sick and family leave time and “premium compensation” for workers who are responding to the Covid-19 crisis in the US.

Harris served as Californias attorney general before she was elected to the Senate in 2016. In one of the early Democratic debates last June, she criticised Biden for opposing, in the 1970s, federally mandated busing of minority children into white neighbourhoods to make public education more equitable, memorably describing her own experience as a child in California who herself boarded a bus to integrate a school. Harris has Afro-Caribbean and South Asian heritage, and has said that she learned about civil rights activism from her mother, who studied at the University of California at Berkeley around 1960.

Hillary Clinton lost Michigan to Donald Trump by under 11,000 votes in 2016. Biden easily won the states Democratic primary in March, and according to US politics website The Hill, allies of Biden have taken note of Whitmers response to the presidents most recent State of the Union address, in which she criticized Trumps lack of support for infrastructure repairs and health care, as well as Senate Majority Leader Mitch McConnells inaction on legislation that would increase the minimum wage. As governor, Whitmer recently extended Michigans stay-at-home order through April 30, a move that was met by street protests in its capital on ApRead More – Source 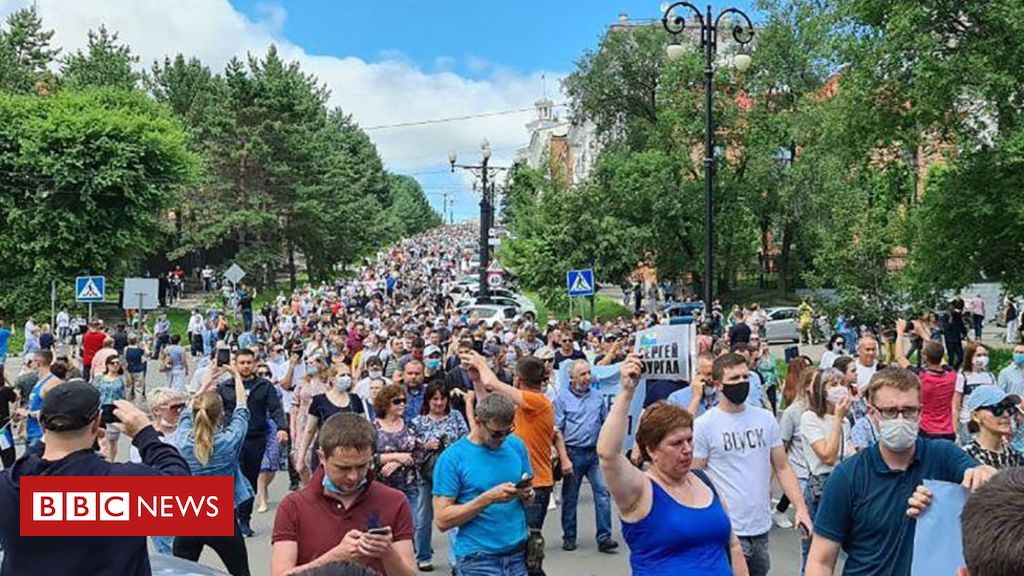 Protests flare over India’s citizenship law, with death toll up to at least 17