Ronnie O’Sullivan has admitted his hectic party lifestyle had a damaging and long-lasting effect on his snooker career.

The five time world champion has a vast list of major honours to his name, and is regarded by many as the best to grace the sport.

Ronnie O’Sullivan currently holds the record for the most titles (19) in triple crown tournaments – including the highest number of Masters wins and UK championships.

But away from the table O’Sullivan has battled several demons, of which he has been open about in the past, including depression, alcoholism and drug abuse.

And O’Sullivan feels it had a severe impact on his sporting success over a total of nine years.

When asked what his biggest regret in snooker was, O’Sullivan told Eurosport: “Maybe between 1995 and 2000 when I dont think I properly dedicated my time to snooker. Perhaps I lost a bit of time there.

“So perhaps Ive had nine years from a 27-year playing career where I mentally wasnt ready.”

Rocket Ronnie broke into professional snooker with a stunning win in the 1993 UK championship as a 17-year-old.

Soon after he picked up his maiden Masters title in 1995, but he then faced a trophy-drought before earning his first world championship in 2001.

Pressed on the reasons behind his dip in form, O’Sullivan replied: “I was partying quite a lot.

“The snooker season was September to May and the World Champs was the last tournament of the year.

“If I had a bad session I felt the sooner this is over, the sooner I can have some fun with my friends.

“When it came off, it was the most unbelievable feeling.

“If you win it once, it doesnt matter if you dont win it again because youve got your name on the trophy.

“The monkey off your back is huge, it allows you to go and play and then its just a case of clocking up as many titles as you can get.”

O’Sullivan is still two behind Stephen Hendry in the list of world championship wins, who stands ahead of the pack on seven.

The two had some thrilling encounters over the years prior to Hendry’s retirement, including a 2003 European Open final which O’Sullivan ranks as his best match after a 9-6 victory.

A few years later in 2006, O’Sullivan was fined more than £20,000 for pulling out of a quarter-final clash against his rival when trailing 4-1, and gave an insight into his mentality issues amid a problematic time with his family.

“Even a few matches before that, I wanted to shake the guys hand and walk out. There was a lot of stuff going on in my head that was upsetting really.

“I thought Im not going to win this match, Im not feeling it and dont want to be here, so I shook his hand and off I went. There are times I havent enjoyed the snooker, but Id never do that again.” 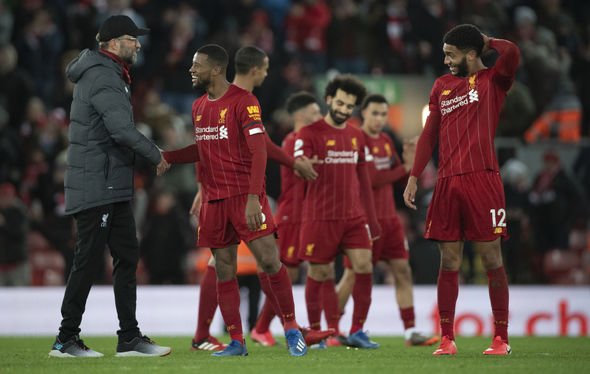