In the first four weeks of lockdown in the UK, 13 women and four children are believed to have been killed by men, most while shut inside their homes – thats double the (already mind-bending) average of two women a week. At the same time, womens frontline services are reporting record-breaking cries for help. Calls to domestic violence helplines have increased by 120% while traffic to their websites is tripling. Theres an unprecedented demand for refuge places. Children, too, are more vulnerable than they have ever been. Some social services have reported that before the Easter holidays, the number of “at-risk children” who have been allocated a school place actually turning up to school had dropped to below 10%. In certain schools, it had fallen to zero.

Dr Jane Monckton-Smith, a former police officer and forensic criminologist at the University of Gloucester, spent years studying hundreds of intimate partner homicides, interviewing families and public protection professionals, in order to plot the slow creep from “first meet” to “murder”. Last year, she published the Homicide Timeline, which identified eight stages that killers pass through. The first is a pre-relationship history of stalking, domestic violence or coercive control. The second is declaring love and moving the relationship forward very quickly. Third is a tightening of control – this could be rules about a partners spending habits, the friends she sees, the clothes she wears. “Before lockdown, most controlling people were at stage three,” says Monkton-Smith.

Stage four on her scale is a “trigger event”, something that threatens the killers sense of power and control. “Often, its their partner leaving the relationship, but it could be so many other things – retirement or unemployment, illness, a new baby.” Or lockdown. “All our abusers are now in stage four,” says Monckton-Smith. “Whoever you are, Covid-19 has taken your control away. Youve lost control of where you can go, what you can do, you might have lost control of your finances. If youre with children 24 hours a day, and theyre too noisy, too messy, if your victim gets ill or isnt able to keep the children and the house the way you want it,” she says. “Im not saying that everyone at this stage will move to homicide, but every abuser is now more volatile and higher risk, and if that person is impulsive, or comfortable with violence, it can pass through the next stages – escalation, a change in thinking, planning and homicide – very quickly.”

Young recognises this pattern all too well – for her, the trigger event was losing her job. “It was through no fault of my own, there was a restructuring and my job didnt exist any more,” she says. “I remember sitting on the train home after I had been told, so frightened I could barely see. It was terrifying – I knew I had to tell him and I knew I was in for it.

“I had a well-paid job and he didnt work, so he needed me to. He took my bank card, I wasnt allowed to go anywhere because, according to him, every time I left the house, it would cost money.” Living together in their own personal lockdown, Youngs partner became more violent and less predictable. “It escalated really quickly,” she says. “He threatened me with knives … and Ive been raped many times.” It was after her partner pulled her from her bed as she slept to drag her around the room “like a rag doll” that Young turned to a friend who helped her escape.

For Laura Camm, the trigger event was the birth of their daughter. “When she arrived, he wasnt the most important person any more,” Camm says. “He could see I was weak and tired and overweight. He bought a running machine, put it in the middle of the living room and had a go at me when I wasnt on it. The abuse escalated really quickly. He started strangling me whenever we had an argument. He strangled me to the point of unconsciousness.”

Although Camm managed to end the relationship and keep her house, her partners behaviour has again escalated since lockdown. “I have a health condition that puts me at higher risk of Covid-19 – I have an NHS letter identifying me as a shielded patient – so Ive had to stop my daughter from seeing him,” she says. “I dont trust him to keep to social distancing rules, or to bring her back to me – he has a record of not keeping to the arrangements and its usually me that has to go out and do the running around.

“He is sending me hundreds of abusive texts, threatening me with police and social services and telling me hes going for full custody. A few days before lockdown, my parents put a doorbell with a camera on it on to my front door and the first person we saw on it – that day, while I was at work – was him. Right now, he knows where I am 24/7 and I dont feel safe.”

Natalie Page, founder of The Court Said, which supports survivors of abuse who are fighting over access, custody and finances in the family courts, says that lockdown has piled on another layer of risk. “Ive been contacted by women whose former partners havent returned the children since lockdown started,” she says, “or women whose former partners are using the opportunity to intimidate them, threaten them, take long walks past their houses because they know that women are alone and vulnerable and normal rules dont really apply.”

Against all this, 80% of womens frontline support is reporting a reduced service – because of less face-to-face contact, as well as staff sickness and technical issues, including a basic lack of laptops to enable working from home. The Home Offices recent pledge of £2m for domestic violence services will help – although it has been heavily criticised as nowhere near enough. The MP Jess Phillips, alongside campaigning groups such as Southall Black Sisters, have enlisted hotels to open their doors to women urgently needing to flee abuse – the next stage is for the government to underwrite the cost.

However, Suzanne Jacob, the CEO of the UK charity SafeLives, believes the priority should be removing the perpetrators. “The victim shouldnt have to leave the home, especially now in a pandemic,” she says. “One thing police are asking for is a relaxation in rules around domestic violence protection orders – which allow them to remove perpetrators for a very limited period – and also a relaxation in rules about how long people can be kept in custody. This has already happened in other countries, including Italy.” (The Womens Equality party has also called for special police powers to evict perpetrators of domestic violence in lockdown.) Monckton-Smith points to the Irish response, where police are checking in on previous victims, sending a clear message to households they know to be high risk.

For women living in lockdown, in fear, there is a great deal of information on the internet. Womens Aid has a page dedicated to safely covering your tracks when searching online for information. Refuge now has a webform, which allows a woman to set up a safe time to receive a call, if they have one. “Every woman should know about the 999 silent call service,” says Monckton-Smith. “If you call 999 and cant talk, press 5 twice and the police will act on it.”

For the rest of us, she says, be alert. “If you do know someone who is suffering, have a secret code system, something they can say if theyre frightened – like: I need a pint of milk.” Shop assistants, postal workers and delivery drivers should also be aware that, now that GPs surgeries are hard to access and schools are closed, they might be a victims only point of contact. “If someone looks like theyre pleading but cant say anything, if they pass you a note, please act on it,” she adds. “Dont intervene. Call the police – they do have the resources, the time and they do want to help. Everyone needs their antennae turned up to 10.” 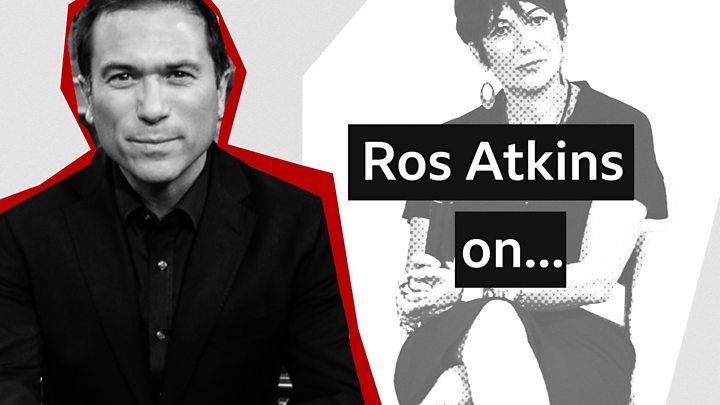 Ghislaine Maxwell due to appear at bail hearing