HomeWomenUS economy sees worst slump in over a decade
Women 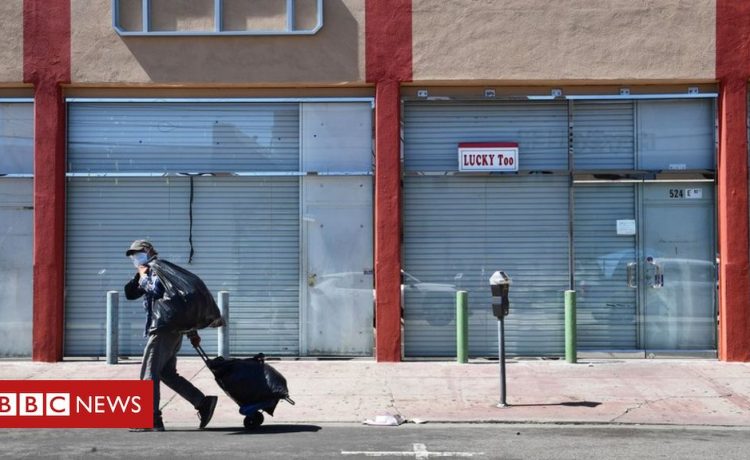 The US economy suffered its most severe contraction in more than a decade in the first quarter of the year, as the country introduced lockdowns to slow the spread of coronavirus.

The world's largest economy sank at an annual rate of 4.8%, according to official figures released on Wednesday.

It marked the first contraction since 2014, ending a record expansion.

The figures do not reflect the full crisis, since many of the restrictions were not put in place until March.

Sine then, more than 26 million people in the US have filed for unemployment, and the US has seen historic declines in business activity and consumer confidence. Forecasters expect growth to contract 30% or more in the three months to June.

"This is off the rails, unprecedented," said Mark Zandi, chief economist at Moody's Analytics. "The economy has just been flattened."

Before the coronavirus knocked the global economy off course, the US economy was expected to grow about 2% this year.

But by mid April, more than 95% of the country was was in some form of lockdown. Although some states have started to remove the orders, they remain in place in many others, including major economic engines such as New York and California.