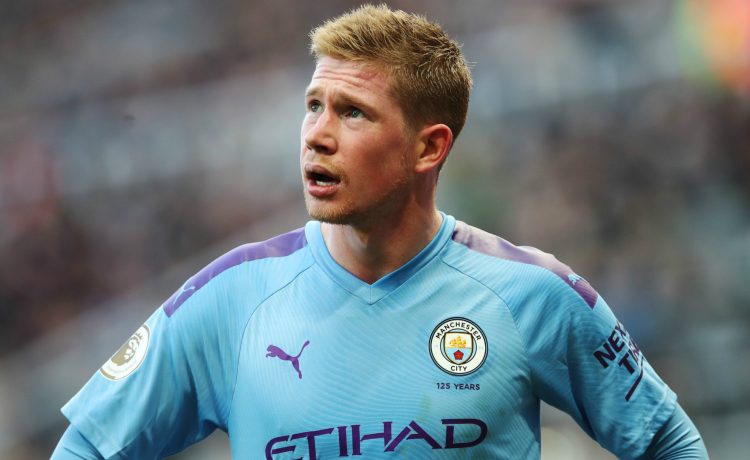 Manchester City midfielder Kevin De Bruyne could seek an exit if the club’s two-year ban by UEFA is upheld.

Kevin De Bruyne has dropped a hint that he could quit Manchester City if the club’s Champions League ban is upheld. The Belgian playmaker insists that his future at the Etihad Stadium will not be influenced by whether Pep Guardiola sticks around, however.

De Bruyne has admitted he is concerned over UEFA’s decision to ban City from European competitions for two seasons for breaching FFP regulations.

He is approaching the peak years of his career and will “review” his situation when a decision over the club’s appeal is made.

“Im just waiting,” De Bruyne said. “The club has told us that they are going to appeal – and that they are almost 100 per cent sure that they are right. That’s why I’m waiting to see what will happen. I trust my team.

“Once the statement is made, I will review everything. Two years would be long. In the case of one year I might see.”

De Bruyne is the key component of Guardiolas team and has established himself as one of the worlds top players under the Catalans management.

The 28-year-old was asked whether Guardiola’s plans would affect his future during a video call with HLN and he said: “Not particularly. I think Pep said he will be here next year anyway, no matter what.

“Then his contract ends. But I’m not going to let my decision depend on what Pep is doing.

“Of course I have already worked with other trainers and when Pep leaves, I have to continue working with someone else.

“But I haven’t really paid much attention to that for the time being.

“There are more important things at the moment.”

A host of clubs would be on alert if De Bruyne does decide to push for an exit. Real Madrid and Barcelona are fans, while Bayern Munich attempted to secure his services from Wolfsburg before City swooped in 2015.

De Bruyne said: “To be honest, I’m very happy with City. I play for one of the best teams in the world, play in England – for my competitive view the best competition – and I like that.

“It remains a challenge to be the best and I need that too.

“What is coming is coming. But it’s not that I’ve tried to leave City in those five years.

“I have also remained calm for my previous transfers. I have never had any problems and have always waited for my moment.”

Share on FacebookShare on TwitterShare on PinterestShare on LinkedIn Share on TumblrShare on RedditShare on VKontakte
adminMay 3, 2020