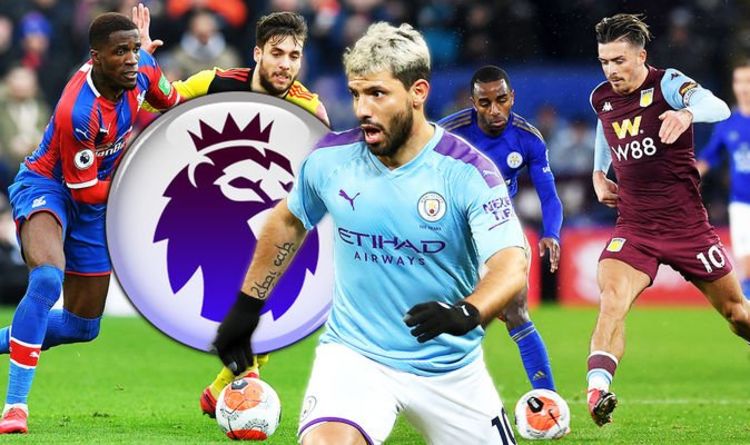 The Premier League Project Restart proposals look set to be given the green light by enough clubs on Friday to signal a return to action for the 2019/20 campaign. A 14-6 majority is needed to pass a motion – and that is how the teams are currently split on the issue. The top flight is aiming to get back underway in mid-June, with players potentially returning to full training within a couple of weeks.

There are 92 fixtures left to complete but they will take place behind closed doors at neutral venues if Project Restart in its current form is given the go ahead.

Premier League clubs held a video conference last week to discuss the proposals and indications of how the teams plan to vote began to emerge.

According to the Daily Mirror, six clubs spoke up against the restart proposals in their current guise. Allegedly, they were the teams battling relegation at the wrong end of the table – Brighton, West Ham, Watford, Bournemouth, Aston Villa and Norwich.

The Seagulls reportedly stressed their belief that completing the season at neutral grounds would compromise the integrity of the competition.

Speaking on Sunday, Brighton chief executive Paul Barber said: “Clearly, we must all be prepared to accept some compromises, and we fully appreciate why playing behind closed doors is very likely to be a necessary compromise to play our remaining games while continuing to fully support the government’s efforts to contain the spread of coronavirus.

“But at this critical point in the season playing matches in neutral venues has, in our view, potential to have a material effect on the integrity of the competition.”

Aston Villa could be willing to play but have concerns about neutral grounds and player welfare.

While West Hams London Stadium has been earmarked as a potential neutral venue but the Hammers would prefer to play their home games on their own patch. The east London outfit have also argued strongly about player welfare.

The FA, however, warned against setting precedents because of the potential impact on next season let alone the current campaign.

But, according to the Daily Mirror, Premier League stars could veto the resumption of the season with clubs planning to talk to their players in the next 48 hours to gauge opinions about the Project Restart proposals. The Professional Footballers Association and League Managers Association will also be consulted. It is thought player welfare could become the biggest issue.

Premier League players are, understandably, concerned about potentially contracting COVID-19 and spreading the virus to their families if a return to full training and match action goes ahead. There are also likely to be major question marks as to whether they would even be covered by insurance should they test positive coronavirus.

Manchester City striker Sergio Aguero is the most high-profile player to voice his worries about taking back to the pitch.

“The majority of players are scared because they have children and families,” he said.

“I’m scared but I’m with my girlfriend here and I’m not going to be in contact with other people. I’m locked in my house and the only person I could infect is my girlfriend.

“They’re saying that there are people that have it and don’t have any symptoms but still infect you.

“That’s why I am here at home. Maybe I have the illness and I don’t even know.

“When one person is ill we will think ‘oh what’s happening here?’ I hope a vaccine will be found soon so that this all ends.”

Premier League clubs, PFA reps and captains will now discuss the issue with the players.

The outcome of the discussions will be delivered to Premier League top brass at the next meeting, which is set to take place on Friday.

Premier League players are likely to undergo two tests for coronavirus a week if the Project Restart proposals come to fruition, while a number of clubs have begun buying face masks, which would need to be worn in training.

Share on FacebookShare on TwitterShare on PinterestShare on LinkedIn Share on TumblrShare on RedditShare on VKontakte
adminMay 4, 2020