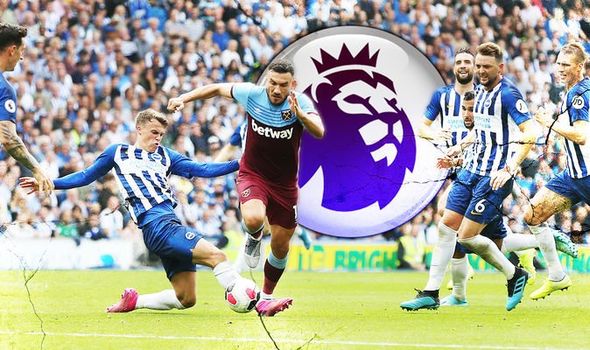 Clubs at the bottom of the Premier League could hold the rest of the division to ransom by only agreeing to a resumption on neutral grounds if relegation is scrapped. Brighton are the first to go public with their objections to playing the final 92 games of the current season at neutral venues after the Premier League reported to the club that it was the only way the government would consider any sort of resumption in the coming weeks.

However, over the weekend it has emerged that those against playing matches at eight to 10 ‘hubs’ for the rest of the fixtures would still back the move if they were guaranteed immunity from relegation.

With the EFL season looking increasingly unlikely to be able to resume given the problems getting just the top flight matches played, Leeds and West Brom, the top two in the Championship currently, would have a strong case for playing in the Premier League next season.

It would likely mean a compromise, where a one-off season of 22 top flight clubs battle in 2020-21 to avoid five relegation spaces.

By cancelling the threat of relegation, though, one of the dangers is that the final games become largely meaningless, with the title all but decided and only European qualification places remaining as a live issue.

One club has also reportedly told its players that participation while the coronavirus is still ongoing is optional and the game could end up in a watered-down version that serves nobody’s purpose.

Brighton have Arsenal, Liverpool, and both Manchester clubs remaining as home games and feel a raucous Amex crowd is their best hope of cobbling together the points they need as they sit precariously in 15th place.

It has been widely suggested that football is desperate just to get any sort of action going to ease its deepening cash crisis.

In a Sunday newspaper article, Steve Parish, the Crystal Palace chief executive, argued that it has nothing to do with greed, but is simply a much-cherished industry looking after itself.

“Some Premier League clubs are already warning they face crisis if they cannot get back to playing, and in the EFL many more may face extinction,” he said.

Share on FacebookShare on TwitterShare on PinterestShare on LinkedIn Share on TumblrShare on RedditShare on VKontakte
adminMay 4, 2020