Some races should be started without stalls as a means of reducing risk when the sport returns to action, two stalls handlers have told the Guardian. The men, who did not wish to be named, said they could not imagine how the established rules of physical distancing could be maintained during their skilled and dangerous work of guiding racehorses into the starting stalls and neither man has been given any information about what safety precautions will be put in place, even though there is talk of the sport resuming within the next 10 days.

“Some of these horses need four people to shove them in and wheres the social distancing there?” one said. “Its just not possible.”

While stalls handlers are required to work closely together, they can also come into unintentional contact with jockeys when a horse misbehaves, as the other stalls handler noted. “Ive had jockeys land on me, Ive had jockeys bump heads with me, when the horse pitches forward,” he said.

He added that he was “uneasy” about being quarantined in a hotel for days at a time with other raceday staff and jockeys, under the Phase One plans for racings resumption that have been outlined by officials. “But were going to have to come back. I havent got an option, financially.”

Both men suggested the sport should consider not using starting stalls for at least some races when the sport resumes. While some staff would still be needed at the start, that would remove the need for them to work so closely together. “They should have a month of racing with just flag starts,” one said.

“OK, you couldnt have sprint races without the stalls but you can have distance races. They ought to be able to sort themselves out with a mile to run.”

It is not entirely unknown for short-distance races to be run without starting stalls, in extremis, but most racing professionals would be horrified by the idea. The Temple Stakes of 2004, a prestigious Group Two contest over five furlongs, was begun by tape because of industrial action by stalls handlers, leading to a start described as “shambolic” with the second-favourite facing the wrong way and a 33-1 shot taking the prize.

The British Horseracing Authority pointedly made no mention of flag or tape starts in its reply to the Guardians query. A spokesman said: “The safe operation of race starts, including the loading of horses, social distancing protocols and PPE for handlers, is one of the items of detail that the resumption of racing group is working through as part of its plans for a safe return to action. We will work with Racetech on this process and through the appropriate channels ensure that stalls handlers are aware of the protocols as soon as they are finalised and in advance of racing returning.”

Tom Marquand, the British jockey who did so well while riding in Australia recently, said stalls handlers there wore masks and gloves but otherwise did the job normally. “You cant really change their job too much because its an essential part of racing. Theyre among the unsung heroes of the sport because they put themselves in a position where they could get quite badly hurt on a daily basis.

“The measures they have in place in Australia were more than sufficient to protect both jockeys and stalls handlers. I know the stalls handlers were happy with the system and the jockeys were too. It was all run very well.”

A spokesman for Unite, the relevant union for stalls handlers, said: “It is imperative that your employer ensures that social distancing occurs at all times and employees have a legal right to refuse to undertake a task if they believe it poses an immediate risk to their health and safety.”

Racing was given some encouragement about a possible return to action when Matt Hancock, the health secretary, volunteered that he was “open” to the possibility during an interview on Radio Fours Today programme on Tuesday.

Asked about the Premier Leagues plans to return next month, Hancock, whose constituency includes Newmarket, replied: “Well, Im absolutely open to that. And horse racing, too. I know that both the Premier League and racing are working on how this might be doable in a safe way. But that safety has to be paramount.” 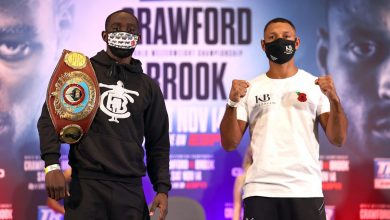