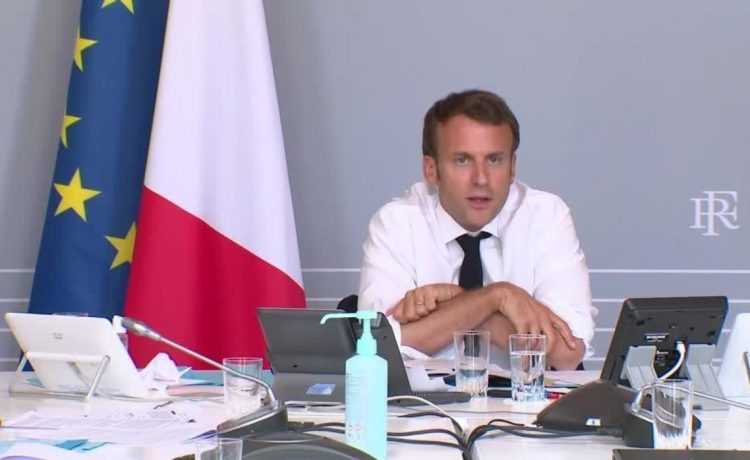 French President Emmanuel Macron said he was looking into more financial aid for the country's arts and culture sectors that have been hit hard by the coronavirus pandemic.

Macron said he also wanted to "defend European creativity" in the face of competition from areas such as the US and China.

As part of the support measures, the French president called for a 12-month extension to France's special unemployment benefits for actors, performers, musicians and technicians, a scheme designed to protect them in the downtime between jobs.

The generous scheme helps sustain an industry that employs 1.3 million people across France — many of whom have been put out of work by the pandemic, which has forced the closure of museums and the postponement of major events.

Macron said small companies and independent workers that are most vulnerable to the crisis are eligible for a special 7-billion-euro support fund set up by the government for the months of March, April and May.

The president also announced that the "particularly hard-hit" National Centre for Music (CNM), founded earlier this year, would benefit from a supplementary 50-million-euro investment.

“Cultural venues must be brought back to life, artists must be able to create again and to work together to reach audiences, even if, during this intermediary period, we're going to have to rethink a new sort of relationship with audiences,” said Macron.

'Cultural venues must be brough back to life,' says Macron

An open letter to the goverment

“Last week, a number of high-profile French artists especially from the performing arts sector demanded that the government come up with a clear plan, they want news, they want indications for people working in the sector,” said Salazar-Winspear. “They signed an open letter, a sort of op-ed in Le Monde newspaper saying culture had been forgotten or abandoned. They did remind readers that while we all have been at home in confinement reading books, listening to music, watching films, the people creating that content had no real idea about the future of their industry.”