HomeSportsUnited may wait another YEAR to sign Jadon Sancho
Sports

United may wait another YEAR to sign Jadon Sancho 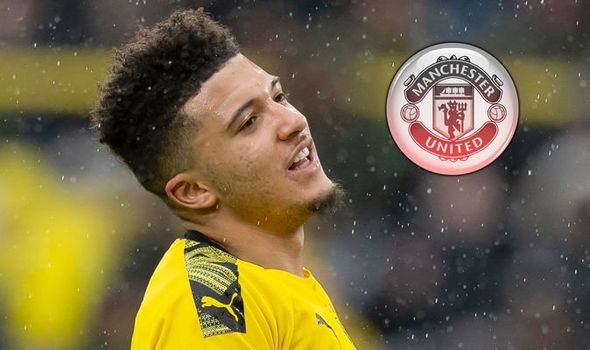 Manchetser United want to sign Jadon Sancho from Borussia Dortmund but could adjust their plans.

Manchester United are considering delaying their transfer swoop for Jadon Sancho by 12 months because of the coronavirus pandemic. The Bundesliga side are under no pressure to sell and will not lower their asking price for the England international.

The Red Devils had made Sancho their top target this summer as Ole Gunnar Solskjaer looks to continue his cultural reboot at the club.

United have been working on a deal for months and have moved well ahead of Chelsea and Liverpool in the race for the 20-year-old.

Sancho has been in sensational form this season, netting 17 goals and providing 19 assists in all competitions.

United believed a deal for the winger would definitely happen this summer but the coronavirus pandemic could now change that.

The Mirror claim Ed Woodward could now delay a move for Sancho by 12 months because of COVID-19.

Dortmund want over £100million for Sancho who is seen as one of the hottest properties in European football.

United have concerns about spending such a huge amount of money in the wake of the crisis which has left so many in economic strife.

And for that reason Dortmund feel they could keep Sancho at the club for another year.

The Bundesliga side have reportedly started making plans with that view in mind and may not look to sign a replacement for the England star.

Dortmund know that they will sell Sancho in the long-term and have made a name for themselves in bringing on young talent to become the best players in Europe.

United are determined to further strengthen their club this summer as they look to close the gap on Liverpool and Manchester City.

Sancho is their top target but they have also been linked to Aston Villa midfielder Jack Grealish and Birmingham City youngster Jude Bellingham.

There has been interest from Spain in Sancho but United firmly believe they are the preferred destination for the England winger.

Premier League clubs face a big dilemma this summer with the amount of money they spend in the transfer window.

United are one club that has been praised throughout the pandemic with their help in the community and no furloughing of staff.

Harry Maguire has also been right at the front of the Players Together initiative.

Some clubs are rightly concerned about what it would look like after the crisis to spend in the region of £100m on one deal in the transfer market.

READ ME FROM SOURCE: https://www.express.co.uk/sport/football/1278754/Man-Utd-may-wait-another-YEAR-to-sign-Jadon-Sancho-as-major-transfer-concern-revealed