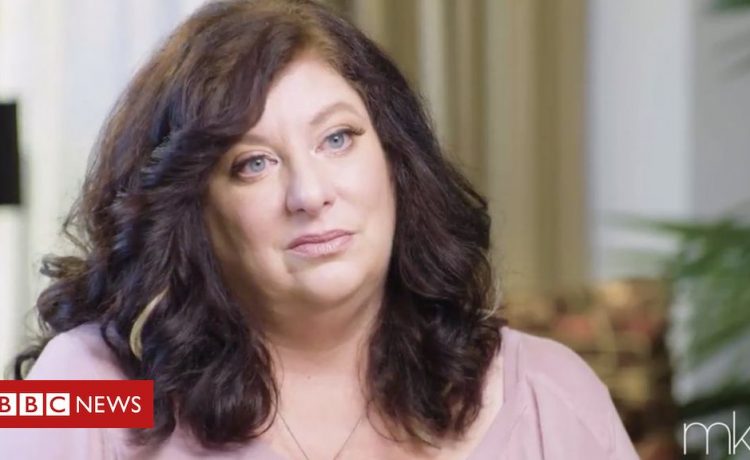 A woman who accuses Democratic White House candidate Joe Biden of sexually assaulting her 27 years ago has called on him to quit the presidential race.

In an interview, Tara Reade urged Mr Biden to "please step forward and be held accountable".

She added: "You should not be running on character for the president of the United States."

WARNING: Some readers may find details in this story upsetting.

What did Tara Reade say about the alleged assault?

Ms Reade, now 56, worked as a staff assistant to Mr Biden from 1992-93 when he was a senator for the US state of Delaware.

She has said that in 1993 he forced her against a wall and put his hands under her shirt and skirt, penetrating her with a finger, after she delivered him his gym bag.

In her most graphic, detailed account yet of the alleged assault, Ms Reade told US media personality Megyn Kelly that Mr Biden kissed her neck and told her he wanted to have sex with her, using an obscene term.

"So, he had one hand underneath my shirt, and the other had, I had a skirt on, and he went down my skirt and then went up and I remember I was up almost on my tippy toes," she said.

"When he went inside the skirt, he was talking to me at the same time, and he was leaning into me and I pulled this way away from his head."

When she refused his advances, she said: "He looked at me and said, 'What the hell, man, I heard you liked me'."

What else did she say?

Ms Reade was asked by Kelly if she wanted Mr Biden to withdraw from the race.

Ms Reade offered to take a lie detector test about her claim, on condition that Mr Biden do so also.

"I will take one if Joe Biden takes one," she said.

Ms Reade said she had received a death threat after Biden supporters accused her without evidence of being a Russian agent.

"His surrogates have been saying really horrible things about me and to me on social media," she continued.

"He hasn't himself, but there is a measure of hypocrisy with the campaign saying it's been safe – it's not been safe.

"All of my social media has been hacked, all of my personal information has been dragged through."

How did Biden's campaign respond?

"Women must receive the benefit of the doubt," said the statement. "They must be able to come forward and share their stories without fear of retribution or harm – and we all have a responsibility to ensure that.

"At the same time, we can never sacrifice the truth. And the truth is that these allegations are false and that the material that has been presented to back them up, under scrutiny, keeps proving their falsity."

Mr Biden, who is the Democratic party's presumptive presidential nominee, broke his silence on the matter a week ago, appearing on a morning television show to brand the allegations "false".

What other latest developments are there?

A court document from 1996 shows Ms Reade's ex-husband describing "a problem she was having at work regarding sexual harassment, in US Senator Joe Biden's office", according to the San Luis Obispo Tribune.

"It was obvious that this event had a very traumatic effect on [Reade], and that she is still sensitive and effected [sic] by it today," wrote Theodore Dronen, her then-husband, in a legal memo during their divorce battle.

The file obtained by the California newspaper appears to be the only document from the time that might describe Ms Reade's allegation.

Share on FacebookShare on TwitterShare on PinterestShare on LinkedIn Share on TumblrShare on RedditShare on VKontakte
adminMay 8, 2020