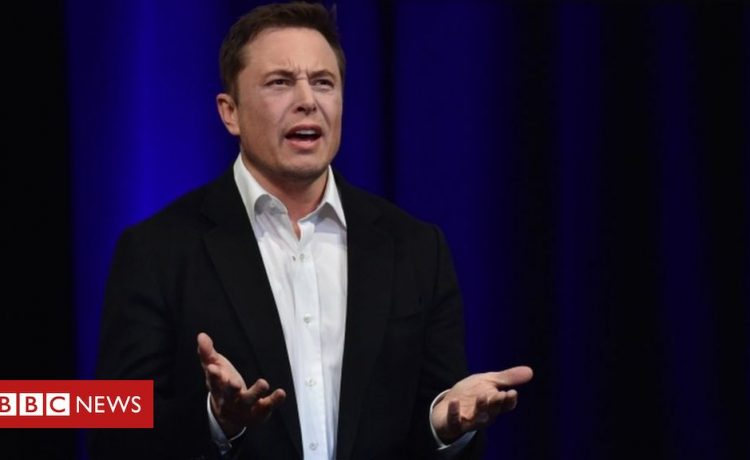 Billionaire Tesla boss Elon Musk has said he will move the electric carmaker's headquarters out of California, after he was ordered to keep its only US vehicle plant closed.

"Tesla will now move its HQ and future programs to Texas/Nevada immediately," the CEO tweeted.

The company is filing a lawsuit against Alameda County, he added.

According to figures from John's Hopkins University, 2,632 people in California have died with coronavirus.

Since 23 March, all but "basic operations" have been suspended at Tesla's Fremont plant, near San Francisco, because of "shelter in place" orders enacted in Alameda County. The factory employs more than 10,000 workers, and makes about 415,000 vehicles every year.

California's government has eased some restrictions around the state this week, allowing businesses to resume operations. But several Bay Area counties have issued their own criteria for which businesses may reopen, which take precedence.

In Alameda, all but essential businesses must remain shut until the end of May.

Mr Musk suggested the factory's future could now be in doubt, tweeting: "If we even retain Fremont manufacturing activity at all, it will be dependent on how Tesla is treated in the future."

In a statement released before Mr Musk's tweets, Alameda County said: "We welcome Tesla's proactive work on a reopening plan, so that once they fit the criteria to reopen, they can do so in a way that protects their employees and the community at large."

Mr Musk, 48, who welcomed a baby with Canadian singer Grimes earlier this week, wiped $14bn (£11bn) off Tesla's value on 1 May after tweeting that its share price was too high.

He has drawn controversy for his opposition to coronavirus restrictions, and his promotion of unproven treatments for the virus.