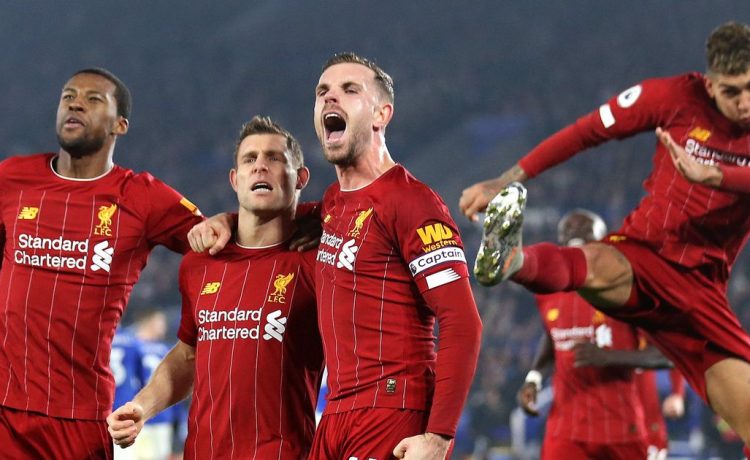 The FA will not let the current season be voided whatever happens as Premier League clubs discuss Project Restart.

Three teams look set be relegated come what may at the end of the season after FA chairman Greg Clarke spelled out to Premier League clubs that the FA would not allow them just to scrap the current campaign.

As a result, Liverpool will also be crowned champions of sorts – even on a points-per-game basis if the remaining fixtures cannot be played.

It was the first time the 20 clubs had discussed curtailing the season in their regular meetings to find a way to deal with the coronavirus pandemic.

Brighton had led a group of teams threatening to refuse to endorse Project Restart all the time it involved playing fixtures on neutral grounds.

But the FA chairman cut the feet from under three of their number – Bournemouth, Aston Villa and Norwich – by insisting that he would invoke the FA’s powers to insist on relegation from the Premier League even if they were only the bottom three on a points per game basis.

As a result, barring a medical setback or widespread dissent from the players, it seems that a resumption at some stage is the most likely outcome.

However, with all clubs preferring a home-and-away finale if possibly, the Premier League board agreed to go back to government to see if they would change their stance on only endorsing neutral matches for fear of fans congregating.

“But it was the first time we discussed curtailment – its still our aim to finish the season obviously but its important to discuss all the options with our clubs.

“The contents of that discussion have to remain confidential.

“What I can say is that all of the talk was about finishing the season. No conclusions were reached on any other models. Those are future conversations we may need to have.

“There was a desire to see all the different implications; the adaptions, if you like, to the PL model as we know in order to play out the season and then discuss what the fairest way forward is.

“We also talked about neutral venues – obviously it is the preference of all our clubs to play at home if at all possible.

“It’s clear to see that some clubs feel more strongly about that than others.

“It is an ongoing dialogue. There is not much I can say about that, other than we are in contact with the authorities and listening to that advice while also representing club views in those discussions.

“In terms of how those matches will take place, theres a lot of water to pass under the bridge and we will continue to assess the circumstances.”

One resolution was that players can agree to extend their current contracts beyond June 30 until the end of the season provided it is agreed by both parties.

“We’ve been working as far as possible to ensure that clubs complete the season with the same squad they had prior to the suspension,” Masters confirmed.