HomeWorldUK in significant recession as economy shrinks by record 5.8 percent in March
World

UK in significant recession as economy shrinks by record 5.8 percent in March 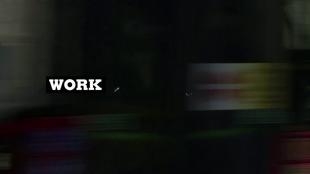 Britain's economy shrank by a record 5.8 percent in March as the Covid-19 crisis escalated and the government shut down much of the country, according to official data that point towards an even bigger hit to come.

The monthly drop in gross domestic product was felt in almost all sectors – from the country's shuttered restaurants and bars to its building sites and factories – and was the largest since comparable records began in 1997.

The Bank of England said last week that the contraction of the economy in the April-June period could approach 25 percent and lead to the largest annual decline in more than three centuries.

British two-year government bond yields sank to a record low of -0.045 percent after the data, reinforcing expectations that the Bank of England will ramp up its record £645 billion (€732 billion) of asset purchases next month.

Finance Minister Rishi Sunak said Britain was now in the midst of a significant recession.

"We have to support people's jobs, their incomes, livelihoods at this time, and support businesses so we can get through this period of severe disruption and emerge stronger on the other side," he said after the GDP data.

On Tuesday, Britain's government extended a costly job support programme for another four months, though businesses will need to pick up more of the tab from August.

The decline in first-quarter GDP was slightly smaller than economists had forecast in a Reuters poll, and less than the 3.8 percent slump suffered by the euro zone in the first quarter.

The worst-hit country in Europe with more than 40,000 deaths from Covid-19 according to official data, Britain has been in extensive lockdown since March 23 – a later date than in many other euro zone countries.

England tentatively began easing its Covid-19 lockdown on Wednesday, with some people who cannot do their jobs at home urged to return to work, while Scotland, Wales and Northern Ireland, which have semi-autonomous governments, are sticking with a "stay at home" message for now.

UK Prime Minister Boris Johnsons government has faced a barrage of criticism that its new guidance – stay alert, control the virus, save lives – was confusing.

Appearing on Sky News TV, Transport Minister Grant Shapps was asked why estate agents were being allowed to restart house viewings when people could not have their own relatives to visit.

"The truth of the matter is, you have to start somewhere. The lockdown message was very straightforward – it was just stay at home. Now as we start to unlock, of course, there have to be decisions made," Shapps said.

"There is no perfect way of doing this, and we'd ask people to use their common sense … Right now, there hasRead More – Source

Share on FacebookShare on TwitterShare on PinterestShare on LinkedIn Share on TumblrShare on RedditShare on VKontakte
adminMay 13, 2020