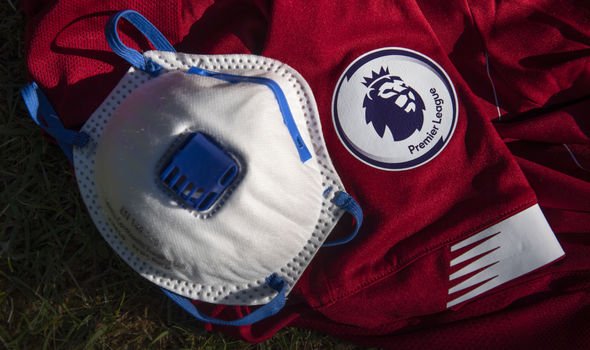 The Premier League will take a vote among its clubs on a return to training on Monday.

Premier League authorities anticipate that a number of top-flight players will test positive for the coronavirus on Tuesday when results from the first round of official testing are revealed. A number of teams such as Brighton and Tottenham have been implementing their own private regimes since players have been reporting back for one-on-one sessions.

Indeed, the South Coast club announcing three of their squad have tested positive and have gone into isolation.

All three had shown symptoms. However, at the beginning of the month, a first round of tests in the Bundesliga uncovered 10 players who seemed fit and well but still tested positive for the pandemic.

It is this that has led to resignation within the Premier League that it is statistically likely that players will be uncovered who are carrying the virus, even if they are non-symptomatic.

Nevertheless, they are still hoping that a return to training will be agreed when clubs meet again via a conference call to negotiate the next steps forward.

Bespoke testing centres have been set up at all 20 training grounds and players and staff are scheduled to have been tested at all clubs on Sunday or Monday.

A second round of tests will take place later in the week, with squads to face tests throughout the return to football twice every two days.

The second test in Germany threw up no further positive tests in the upper tier.

It was just one of the hurdles the Bundesliga had to clear before a full programme of top-flight games was finally able to get underway this weekend.

Top-flight clubs will again have plenty to discuss in Monday’s teleconference call – including neutral venues, points-per-game and pre-season requirements – but Premier League chairman Richard Masters will steer all 20 of them to agree just one thing – that the players go back immediately to formal training.

Then all the rest can then take care of itself while the players themselves are going through their paces.

As Jose Mourinho outlined at the LMA meeting last week, and Steve Bruce and Raheem Sterling explained publicly in interviews at the weekend, getting back to training is the start of a longer-than-anticipated process.

“Most of the managers have the same concerns,” Bruce said. “We would need at least six weeks.

“We need enough preparation time to get these players into shape or they are just going to fall down like a pack of cards.”

They were concerns which were echoed by Manchester City star Sterling.

“You’d need a full four to five weeks, especially if you’re going to go back into competition, when you’re literally paid to win and it’s going to count for something,” he said.

Consequently, the Premier League are backing further away from a potential June 12 restart, claiming it was never mentioned as a formal target. June 26 now seems much more likely, given those concerns over training requirements.

Until players are back on training grounds, however, Project Restart has gotten nowhere.

Initially, with the appropriate ‘Yes’ vote, the formal protocol for one-to-one training with coaches kicks in formally.

A handful of players could be accommodated on each pitch with all social distancing precautions will be taken.

Players will park their cars at the training ground – leaving two spaces between vehicles – to emerge fully-changed before driving off afterwards for a post-work-out shower back at home.

Football needs to demonstrate that it can follow the protocol successfully, alongside a full testing regime, before group sessions can be implemented.

That comes with Step Two of the government’s own guidelines, details for which have not even been published.

It could be weeks before training looks like the sort of sessions Mourinho, Bruce and Sterling are accustomed, which is why the Premier League is so keen to get the process started.

Debates over whether the resumption should take place on a home-and-away basis or a reduced number of neutral hubs can then take place as actual preparation is ongoing to play.

Last week, clubs were tasked with talking to their own local authorities about hosting games, and will report back on any progress.

The unanimous preference is for teams to play their home games on familiar territory, but there is a growing acceptance that games will be played wherever the government say they can.

Or not. Curtailment was discussed for the first time last week and flesh will be put on the bones in the latest meeting.

Deciding final places on a points-per-game basis will be outlined, or possibly weighting points to reflect the number of home games each team has had.

It will be a heated debate; however, only one vote will be taken at this meeting – the vote to go back to training.

That, the Premier League maintains, is the only way to keep alive hopes of avoiding those more difficult votes further down the line.