Democratic White House candidate Joe Biden has said in an interview African Americans "ain't black" if they vote for President Donald Trump over him.

The controversial exchange happened as radio host Charlamagne Tha God pressed the former vice-president on Friday about his outreach to black voters.

Loyal support from black voters has been vital to Mr Biden's candidacy.

What exactly did Biden say?

Throughout the 18-minute interview, Mr Biden, 77, stressed his longstanding ties to the black community, noting his overwhelming win this year in South Carolina's presidential primary, a state where the Democratic electorate is more than 60% African American.

"I won every single county. I won the largest share of the black vote that anybody had, including Barack," he said of President Barack Obama, the country's first African-American president, who picked Mr Biden as his running mate.

Mr Biden also "guaranteed" that several black women were being considered to serve as his vice-president. The presumptive nominee has already committed to selecting a woman to join him on the Democratic ticket.

Toward the end of the interview, a campaign aide interrupted to say the former vice-president was out of time.

When an aide for Mr Biden tried to end the interview, Charlamagne protested, saying: "You can't do that to black media."

"I do that to white media and black media," Mr Biden replied. "My wife has to go on at 6 o'clock," he said, apparently referring to Jill Biden needing to use their at-home broadcast studio.

Charlamagne urged Mr Biden to return for an additional interview, saying he had more questions.

"If you have a problem figuring out whether you're for me or Trump, then you ain't black," Mr Biden responded.

Charlamagne said: "It don't have nothing to do with Trump. It has to do with the fact that I want something for my community."

"Take a look at my record, man!" Biden said, throwing his hands in the air, seconds before concluding the interview.

It has also become an important campaign stop for Democratic candidates. In the most recent primary season, Mayor Pete Buttigieg and Senators Elizabeth Warren, Bernie Sanders and Cory Booker all made appearances.

Until now his support among black voters has been rock-solid, and there's little chance Friday's line will do much by itself to dent that. The Trump campaign will be happy, however, if they can chip away even a sliver of Mr Biden's support, particularly in key electoral states like Wisconsin and Michigan, where black voter apathy hurt Democrats in 2016.

Mr Biden's gaffe came at the end of an interview, as he was being pressed on whether he favoured Minnesota Senator Amy Klobuchar over a black woman as his running mate. That he responded with indignation – and then veered dangerously off-script – suggests his preference might lie with someone like Ms Klobuchar, who shares Mr Biden's pragmatic political sensibilities.

If Friday's kerfuffle has staying power, however, he might feel compelled to pick a black female candidate like Kamala Harris or Stacey Abrams – if only to clean up the mess he created.

How is the Biden camp trying to contain the damage?

Biden campaign adviser Symone Sanders defended the comments on Friday, saying they were made "in jest".

"Let's be clear about what the VP was saying: he was making the distinction that he would put his record with the African American community up against Trump's any day. Period."

"I should not have been so cavalier," he said. "I've never, never, ever taken the African American community for granted."

He added: "I shouldn't have been such a wise guy."

He continued: "No-one should have to vote for any party based on their race, their religion, their background."

The Trump campaign seized on the remarks, calling the exchange "disgusting".

In a statement, senior campaign adviser Katrina Pierson described the remarks as "racist and dehumanising".

"He truly believes that he, a 77-year-old white mRead More – Source 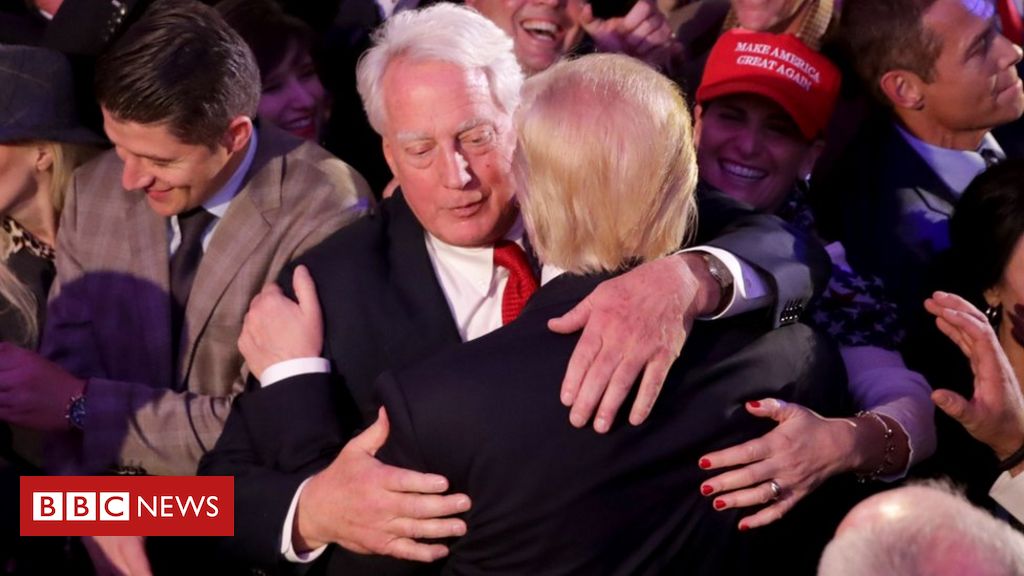