France's PM Edouard Philippe has announced the reopening of bars and restaurants nationally, although Paris will need careful monitoring despite no longer being a virus hotspot.

A ban on travelling more than 100km (60 miles) has also been relaxed, but the bar on gatherings of more than 10 people remains.

More than 28,000 people have died of the virus in France.

On Wednesday the death toll rose by less than 100 for the seventh day in a row.

France will look to reopen borders with other European countries on 15 June, he said.

What is the status of Paris?

The capital is now designated as an "orange" zone on the country's coronavirus risk map, Mr Philippe said. Almost all other French regions have "green" status, meaning they are more free of the virus.

It means the easing of restrictions in the Paris region would be more careful, Mr Philippe said.

As a result, eating and drinking establishments in the city will only be able to serve customers on outside terraces.

However, the city's parks will reopen, he said, a longstanding demand of the city's mayor Anne Hidalgo and many residents.

Museums and monuments in Paris and the rest of the country would also reopen from 2 June, the government said.

What about the rest of the country?

Cafes, bars and restaurants can reopen with restrictions from next week. Staff must wear masks and customers must also wear masks when moving around.

There must be a distance of a metre between tables and no more than 10 people can sit at any one table.

"We are in a better place than where we expected to be," he added.

Major sports activities in France remain suspended until 21 June and plans to reopen secondary and high schools will be brought forward. Primary schools in most areas have already reopened.

Staff working in public hospitals and care homes in the hardest-hit regions will be paid a €1,500 ($1,650; £1,350) bonus and Mr Philippe has also promised further pay hikes as part of planned healthcare reforms. 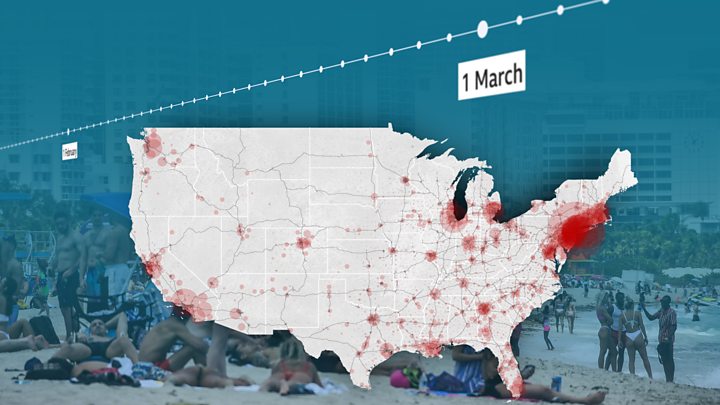