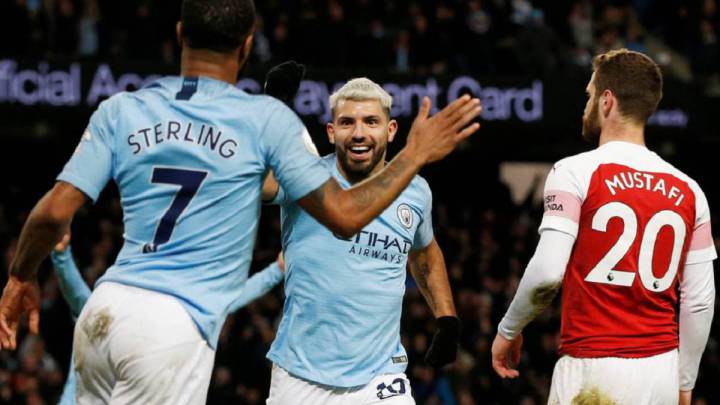 The Premier League looks set to resume on 17 June, three months after it was forced into hiatus by the Covid‑19 pandemic.

Clubs agreed the date at a shareholders meeting on Thursday, although it remains provisional: the league must wait for, and then implement, government guidance on staging matches safely behind closed doors before any plans can be completed. It must also hope players and staff – and perhaps the public at large – hold coronavirus at bay.

Should everything go as intended, the restart will begin with the two games left over from March: Aston Villa v Sheffield United and Manchester City v Arsenal. A full fixture list would take place on the weekend of 19-21 June.

All of the 92 remaining matches in the season will be screened live on TV including, for the first time, games at 3pm on Saturdays. The majority of games will be on Sky and BT Sport, but Amazon will also stream games and, in another first, the BBC will show four Premier League matches live.

The plan for the FA Cup final is to be staged on Saturday 1 August – one week earlier than expected.

Richard Masters, the Premier League chief executive, said: “Today we have provisionally agreed to resume the Premier League on Wednesday 17 June. But this date cannot be confirmed until we have met all the safety requirements needed, as the health and welfare of all participants and supporters is our priority.

“Sadly, matches will have to take place without fans in stadiums, so we are pleased to have come up with a positive solution for supporters to be able to watch all the remaining 92 matches.

“The Premier League and our clubs are proud to have incredibly passionate and loyal supporters. It is important to ensure as many people as possible can watch the matches at home. We will continue to work step‑by-step and in consultation with all our stakeholders as we move towards resuming the 2019-20 season.”

After a prolonged and sometimes fraught series of negotiations that involved government, police and public health officials as well as club executives, coaches and players, a consensus appears to have been found. But the game that does return will look very different with all matches played without supporters.

One of the main issues to be resolved is where they will be played. Continued negotiations with police may mean some matches are played at neutral venues.

Some of Liverpools home fixtures could also be played at neutral grounds. They were 25 points clear at the top of the table with nine games to play when the season was interrupted on 13 March and they could be champions by the first weekend of the restart if City lose against Arsenal and Liverpool then beat Everton.

One abiding theme behind calls for neutral venues has been a fear that fans might gather outside grounds with Anfield, should the club win their first title in 30 years, the biggest concern. That possibility has been vigorously challenged by the club.

The rest of the Premier League season, should it prove safe to resume, will be a small-screen affair. Sky Sports will show 64 of the 92 matches, but have announced 25 of those will be made free to air. This includes the Merseyside derby. The broadcaster has also teased a series of new broadcast innovations, including the ability to “share the moments live with family and friends on virtual platforms”.

The BBC is likely to record the highest viewing figures for Premier League matches when they show four games live. “This opportunity creates an historic moment for the BBC and our audiences,” said the head of sport, Barbara Slater. “This will offer audiences, who havent had the opportunity in the past, live, free-to-air access to the best football league in the world.”

Another hurdle between the league and resumption, a rebate owed to broadcasters, is thought to have been cleared. Broadcasters had asked that £330m be returned to them because of the disruption of the season and a diminution in the quality of the product with the absence of fans. It is understood clubs have agreed in principle to repay the requested sum in full, spread over two years.

Share on FacebookShare on TwitterShare on PinterestShare on LinkedIn Share on TumblrShare on RedditShare on VKontakte
adminMay 29, 2020